Recent research conducted in the lab demonstrated that the extract of papaya leaves have anti-cancerogenic qualities that are effective against tumor cells.

7 Health benefits of Pawpaw fruit: Christopher Columbus did not give the name “fruit of the Angels” to the Pawpaw fruit without good reason. Pawpaws are delicious. Although many people are unaware of it, pawpaw and the products made from it are increasingly being used in the medical field. In addition to this, its usage is supported not only by those who specialize in natural health but also by medical professionals such as physicians and nurses. Pawpaw is a fruit that is enjoyed for its sweetness all over the world. However, research is progressively proving that the delectable content of pawpaw is less relevant in contrast to the health advantages of the fruit.

However, the fruit itself is not the only part of the pawpaw that is good to our health; in addition to the seeds, peels, and leaves, the fruit itself, as well as other sections of the plant, is known to contain a wealth of nutrients. In point of fact, it is said to contain the highest concentration of beneficial nutrients of any fruit. The pawpaw today ranks as one of the most beneficial gifts that nature has bestowed upon us as a result of its delectable flavor as well as the myriad of hidden benefits it provides for one’s complexion, health, and hair.

What positive effects does pawpaw have on one’s health?

READ ALSO:   10 Bible verses to meditate on when you're worried

Fiber, folate, vitamins A, C, and E are some of the nutrients that may be found in papaya. Additionally, it possesses a negligible quantity of calcium, iron, riboflavin, thiamine, and niacin. The pawpaw fruit is extremely high in vitamin C and A, as well as flavonoids, although it is low in calories and sodium. Pawpaw is an excellent source of antioxidant minerals. In addition to that, it includes the following: Vitamin E, Calcium, Iron, Riboflavin, Thiamine, Niacin.

As a result of the information presented above, it is not difficult to comprehend why pawpaw is considered to be, in comparison to other fruits, the fruit that is the most advantageous to one’s health.

Listed below are some of the advantages of pawpaw to one’s health:

1. It has a cholesterol-lowering effect

2. It can help strengthen the immune system

It is essential to have the realization that your immune system is your primary line of defense against a variety of infections that have the potential to make you feel very ill. Amazingly, a single papaya can provide more than 200% of the vitamin C that is required on a daily basis, making it an excellent contributor to the development of a more robust immune system.

Papayas have a high amount of Vitamin A in addition to flavonoids such as beta-carotene, zeaxanthin, cryptoxanthin, and lutein. These flavonoids help maintain the health of the mucous membranes of the eyes, which protects them from becoming damaged. Additionally, the vitamin A found in pawpaw can aid in the prevention of age-related macular degeneration.

Although this can strike some people as odd, it is in fact the case. Because papaya contains an enzyme known as papain, women who suffer from menstrual pain may feel free to help themselves to several servings of pawpaw. During menstruation, this papain can assist in controlling flow and making it easier to manage.

5. Stimulates the growth of new hair

Researchers have found that papayas are beneficial against a variety of diseases, including breast cancer, pancreatic cancer, and other cancers. In addition, a recent study demonstrated that the extract of papaya leaf has anti-carcinogenic capabilities that are effective against tumor cells.

Papayas contain a number of enzymes that work to alleviate inflammation throughout the body. Two of these enzymes, papain and chymopapain, are particularly effective.

Note: It is essential that you are aware that papaya is regarded as a substance that should be avoided by pregnant women. It is known as a “hot” fruit in the industry. Raw and semi-ripe papayas both contain a high concentration of the latex that is known to cause uterine contractions and has the potential to lead to abortions. It is for this reason that it is recommended that women who are pregnant refrain from eating raw pawpaw.

In addition, eating a large amount of papaya can have a powerful laxative effect on the intestines if done so in sufficient quantity. You should try to limit the amount of raw papaya you consume, especially if you eat it in excessive quantities. In certain people, eating unripe or uncooked papaya can induce pain in the intestines or stomach, and in more severe cases, it can even cause esophageal perforations. 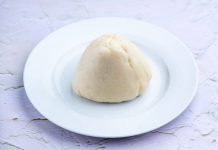 3 ways for making pounded yam without a mortar and pestle 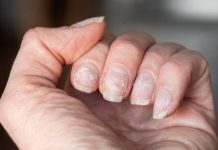 Possible causes and treatment of fingernails falling off 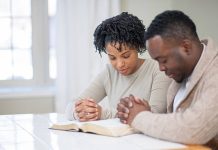