What is known about Corey Taylor’s wife Alicia Dov? In this biography, you will discover everything you need to know about Alicia Dove; her early life, married life, age, career, net worth, and much that you need to know.

Alicia Dove is famous for being an avid dancer, as well she is known as the founder of the rock dance group “Cherry Bombs.” She is married to her husband, Corey Taylor. But what else is there to know about Alicia Dove? Here are some interesting facts on her background, age, career, love life, and so much more.

Alicia Dove: What Is Known About Corey Taylor’s Wife?

Here are some quick facts on Alicia dove’s age, heights, and many more;

Who is Alicia Dove?

Alicia Dove was born on January 16, 1985. She was born in her native state of Texas, located in the United States of America. Although she is well known, information on her parents, siblings, and educational background are all unknown.

Alicia acquired a deep affinity for music, mainly rock and metal, at a young age, listening to popular bands of the 1980s and 1990s, particularly the music of Joan Jett, the lead singer of Joan Jett and the Blackhearts. Joan became one of her most significant influences in terms of job choice.

After finishing her education, she continued her passion for dance, which she had fostered throughout her childhood. She went on to work as a cheerleader for the Atlanta Falcons, who play in the National Football Conference (NFC) South and have been in the Super Bowl twice since she joined the league in 1965, though they have yet to win the renowned title.

Working with their cheerleading squad required her to perform in front of 80,000 fans regularly, not to mention those watching television. The league also provided her with the opportunity to travel around the world.

Working with the NFL provided her with access to various charitable activities, such as supporting the troops through special shows and going to places such as Kuwait, Curacao, and Djibouti, and visiting various schools and community events hosted by the league. She eventually grew tired of dancing to the same tunes and in the same style, and she desired to advance her dance career beyond that of a cheerleader.

Dove realized she still had a passion for rock and metal music. She had a vision to form a group that incorporated elements of different groups, like the Pussycat Dolls, which exeued elements skilled dancers who showed a sexier side. While also incorporating a Cirque de Soleil style, doing stunts and acrobatic performances, all while performing to hit rock ‘n’ roll music. She formed the Cherry Bombs after gathering a group of like-minded dancers and naming them after the hit song by Joan Jett’s band, the Runaways. The song is widely regarded as one of the best rock songs of all time, and it is often considered the band’s hallmark tune.

The Cherry Bombs rapidly drew attention with their unique blend of dancing, sensuality, acrobatics, stunts, and fire shows. Thanks to a few associations, they were competent in a variety of dances and styles and began dancing as a front act for popular rock bands. People initially mistook them for go-go dancers due to their outfits. This earned mixed reactions. They gradually acquired a devoted fan base as they played across the country. One of their most successful tours was as the opening act for Stone Sour and Steel Panther.

READ ALSO:   What you need to know about Tonto Dikeh: background, career, films, surgery, net worth

Stone Sour is the second band created by Corey Taylor after Slipknot. Since their rebirth in the 2000s, the band has recorded a slew of successful studio performances, earning them Grammy Award nominations. On the other hand, Steel Panther is recognized for their humorous performances that spoof the lifestyle of previous glam metal acts. In recent years, the trio has garnered enough prominence to hold solo performances and acclaim from many of the musicians with whom they have collaborated, including Corey Taylor and Chris Jericho.

They’ve also made an impression online, starting a YouTube channel that captures some of their concerts as well as each of the girls’ journeys as they tour the country.

Dove confirmed her engagement to Taylor sometime in 2019. The proposal occurred while they were at home and was unexpected because he proposed in the midst of household duties. It wasn’t fancy, but it meant a lot to them both.

Cory and Alicia announced their engagement to 1.5 million Instagram followers, with Cory and Alicia uploading a photo of the event at the same time.   it is believed they tied the knot in October 2019

Corey began his musical career as a founding member of the rock band Stone Sour in 1992. Stone Sour began producing music before he was approached by the metal band Slipknot, prompting him to leave the band. He began training with Slipknot as Number Eight because he loved the number’s association with the infinity symbol. Despite the band’s first failure, he continued to work with them, resulting in their successful debut album.

READ ALSO:   What you need to know about Damon Thomas, Kim Kardashian's ex-husband

The group continued to make songs over the years, attracting a large number of admirers and, as a result, success. In 2002, he rejoined Stone Sour and assisted them in the creation of their debut album. Since then, the ensemble has achieved economic and critical success. Corey has performed with both bands individually and has also worked with other well-known bands such as Soulfly, Code Orange, and Apocalyptica.

He also provided narration for the Dream Theater CD “Systematic Chaos.” One of his most recent ventures is a guest appearance on Code Orange’s “The Hunt.”

His third wife is Alicia Dove. Previously, he was married to Scarlett Taylor (2004-2007) and Stephanie Luby (2009-2017). Corey has three children from prior marriages, but none from his present marriage to Alicia.

Alicia Taylor Corey’s net worth is predicted to be more than $1 million as of early 2020 due to the success of her dancing company. She most likely benefits from her husband’s success as well, as Corey Taylor’s net worth is reported to be more than $10 million. She also made money from her prior job as a National Football League cheerleader (NFL).

RELATED ARTICLE: A message from Palm Sunday from Pope Francis: don’t be afraid; you’re not alone

What has Alicia been up to?

She was out of Cherry Bombs for a while after injuring her ankle. While she was busy planning her wedding, she has lately returned to dancing and performance, and she has huge plans for her group in 2020, but she has yet to disclose them.

Alicia Dove is a dedicated and industrious woman. She has continued to win many people’s hearts with her dedication and determination. She is an inspiring and accomplished role model to look up to. 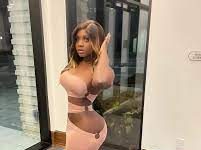 Here’s everything you need to know about Princess Shyngle 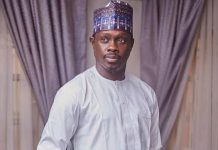