As a way to recognize and reward excellence in the broadcast media industry, the Nigerian Broadcasters (BON) has announced the country’s first industry-wide reward and recognition event, The Nigeria Broadcasting Awards (TNBA).

The TNBA, scheduled for October, was announced in Lagos on Tuesday, where BON President John Ugbe also unveiled the logo for the event.

The President of BON, who is also CEO of MultiChoice Nigeria, stated that the awards were instituted to formally celebrate the excellence of broadcast media professionals, who are responsible for bringing daily information, public information and entertainment to Nigerians.

He revealed that the decision to institute the TNBA was made at the 76th BON General Assembly, which approved the composition of the Awards Steering Committee made up of public and private media houses under the chairmanship of Mr. Guy Murray-Bruce , president of Silverbird Group.

Murray-Bruce, chair of the Awards Steering Committee, expressed his hope that the awards will push broadcast media professionals to better standards of practice.

The event attracted many big names in the industry.

BON is the coordinating body for all private, public, commercial and community electronic media organizations in the country and has more than 300 streaming platforms as members.

Let here it in the comment below if you do have an opinion on this; BON Announces ‘Nigerian Broadcasting Awards’

Abia: Ikpeazu dismisses the president of the local council, swears in the deputy

The police order an investigation into the attack on the INEC office in Enugu. 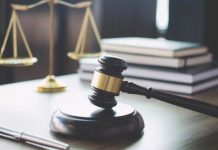