Everything about Adunni Ade: background, career, education, relationship, films and TV shows: Adunni Ade is a multitalented Nigerian actress, writer, model, and producer who has won numerous awards. Through the many roles that she has played, the actress has been able to exert a significant amount of influence on the Nigerian film industry. What else is known about the woman who is a mother of two except the details of her job life? 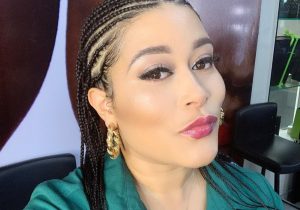 Adunni is a woman who possesses a great deal of originality as well as talent. She has established herself as an actor and garnered the attention of a number of film directors as a result. She was recognized by the Nigerian Institute of Journalism with a Stella Award for her contributions to advancing Nigerian culture, which was given in recognition of her work.

Adunni Ade was born on June 7th, 1976 in the borough of Queens, New York, in the United States. Both of Adunni Ade’s parents come from unique cultural and racial traditions. Her Yoruba Nigerian ancestry comes from her father, while her German-Irish heritage comes from her mother. Although not much is known about her parents, the actress has stated on multiple occasions that they are her primary source of motivation and are quite encouraging. That is what she remarked,

“Well, my father supports me 100%, and my mother is very proud of me. Actually, Americans don’t care about such things. They support their children in whatever they want to do. That is why I have no problem building a dream in the movie industry. The thing is that I have never been an ape. I am not searching for the easiest way to come into the limelight. I would rather express myself. My ambition is to be recognized all over the world. And I want to be well-known for being successful because of hard work.” 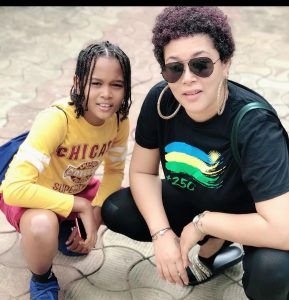 Chrisland Primary School in Opebi, Lagos State, is where Adunni earned her First School Leaving Certificate. Chrisland Primary School is located in Lagos State. She was a student at Bells Comprehensive Secondary School in Ota, Ogun State, when she passed the Senior School Certificate Examination (SSCE). Later on, she completed her education at the University of Kentucky and received a degree in Accounting in the year 2008.

Before beginning his career in the entertainment industry, Adunni gained experience in the real estate and insurance industries in the United States. She also tried her hand at modeling and competed in the American version of the show America’s Next Top Model. After moving back to Nigeria, she was quickly cast in her first Nollywood part, which was in the movie “You or I.” In 2014, the actress also produced a comedic skit, which she uploaded to the website YouTube. It garnered a lot of interest, as evidenced by the fact that it has received a lot of views.

READ ALSO:   I was more focused on Eric than myself - Lilo

Adunni has appeared in a number of other movies and television episodes produced in the Nollywood genre. They are as follows: 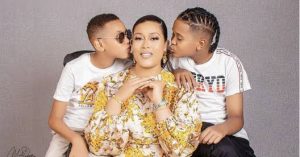 She was previously married to Michael Boyd, and their union resulted in the birth of two sons: D’Marion and Ayden. Michael Boyd and Adunni Ade had a relationship lasting eight years, but they did not end up getting married. Details regarding Adunni Ade’s husband are sketchy, to say the least. Following their breakup, the actress has continued to be without a partner. She admitted it throughout the course of an interview that she is a hopeless romantic. In her statement,

“I’m a sucker for love. I love hard; that’s why I take my time before diving into any relationship with the person I will love. I will do whatever I can in a relationship to make it work because I just don’t get involved with people anyhow.”

She went on to say that,

“I have said this; it’s not something I want to hide, it’s a part of me, and I don’t think there’s any need to lie or make myself look good or whatever, but I have never been married. I was with my ex, Michael Boyd, who is my children’s father for eight years, and things did not work out, and I just let it go, and that has been three years ago.”

She has a height of 167 centimeters and a weight of 77 kilograms. Both Adunni’s eyes and hair are completely dark in color. Her body is 36 inches tall, 25 inches wide, and 36 inches long.

It is safe to say that Adunni Ade is one of the most powerful actresses in all of Nigeria. Taking into account how powerful she has been over the course of the past several years, she has already made her mark on the industry.