Everything about Chinedu Ikedieze: early life, education, career, wife, net worth: There are not that many people who are familiar with Chinedu Ikedieze’s history, therefore his biography is something that a lot of his admirers are interested in learning about because it contains a lot of interesting details about this great actor. Everything you’ve ever wanted to know about your favorite actor can be found in this article.

Chinedu Ikedieze is well-known among fans of movies made in the Nigerian film industry both inside and outside of the country. He is an accomplished actor who is noted for performing roles that are almost always comedic in films. This actor was honored with the Member of the Order of the Federal Republic of Nigeria award in 2011. He was recognized for his many accomplishments, including his commitment to the advancement of the film industry in Nigeria.

Chinedu was born on the 12th of December, 1977 in the country of Nigeria. His birthplace is at Bende, which is located in the state of Abia. His father’s name is Michael Ikedieze Ogbonna, and his mother’s name is Ikedieze Ogbonna. Chinedu had a brother who was younger than him, but he passed away in 2009 from sickle cell anemia sickness.

After completing his secondary schooling, Chinedu continued his education by enrolling in the Mass Communication program at The Institution of Management and Technology (IMT), which is located in the state of Enugu. During his time at IMT, he was involved in the school’s drama group, and prior to that, he was a member of the drama society at his previous school. The actor began his studies at the New York Film Academy in the year 2004.

The year 1998 marked the beginning of Chinedu’s professional acting career when he appeared in the movie Evil Men in a supporting role. He continued to participate in movies, but only in supporting roles, until the year 2002, when he was given the opportunity to play a leading role in a movie called Aki na Ukwa. Chinedu shot to fame after appearing in the drama Aki na Ukwa, in which he played the role of Aki, a troubled child. Osita Iheme and Chinedu Ikedieze gave standout performances as the film’s protagonists. Iheme took on the role of Pawpaw while Ikedieze portrayed Aki.

Over the course of that one year, he had starring roles in more than ten movies, some of which were extremely successful. As time went on, Chinedu’s reputation grew as a result of his role as a child in a number of films, and he eventually became one of the top ten most popular comic actors. Because of his numerous previous successful appearances in movies and television series, he is currently ranked as one of the top 10 funniest actors in the history of Nollywood. Chinedu is most known for the roles he performed in films in which he was cast as a child; fortunately, many of the films in which he was cast as an adult were just as successful as the films in which he became renowned. Over the course of his career, he has been in more than 200 films, many of which have been hailed as cinematic achievements and continue to enjoy widespread acclaim. Chinedu has also been honored with a number of accolades.

READ ALSO:   FoodbayTV ends 2020 with the Docu-reality series, Dinning With The Stars 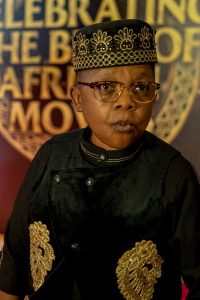 Chinedu’s wife name is Nneoma. On November 26, 2011, a traditional wedding ceremony for Nneoma and Chinedu Ikedieze was place. The traditional wedding was celebrated in the field of St. Theresa’s Catholic Church in Obolo, which is located in the city of Isiala Mbano in the state of Imo. Over 20,000 guests and members of the general public were in attendance at the ceremony because they were interested in seeing the actor. Many admirers of Ikedieze are in attendance at the wedding, along with the Governor of Abia state and other government officials, actors from Nollywood, and other notables in the industry.

On December 10, 2011, the actor tied the knot in a religious ceremony that took place in Lagos state, Nigeria. On the day of his wedding, his friend and co-star on Aki na Ukwa, Osita Iheme, served as his best man. On the set of a movie in Lagos in 2005 is when Chinedu and Nneoma first became acquainted. At the time, Nneoma was a student at Enugu State University of Technology, majoring in Mass Communications (ESUT). They started off as friends before their relationship developed into a romantic one.

According to sources, Chinedu Ikedieze actor has a net worth of approximately $3.5 million. The majority of the actor’s income comes from his employment in the entertainment industry. Chinedu, when asked about the differences between his movie characters and his real self or between him as a star and him as an ordinary person, says that it’s very important to live one’s life as due and to always remember that you are a human being. He was speaking about the differences between his movie characters and him as a star or as an ordinary person. He stressed the significance of keeping one’s feet on the ground in order to avoid falling to an all-time low.

Chinedu Ikedieze is a gifted actor in Nollywood who is well-known not only in Nigeria but also in a number of other nations around the world. Within the entertainment world, he has accomplished a great deal to this point.