Everything about Murphy Afolabi: background, career, wife and children: Many Yoruba performers are incredibly well-known and respected all over Nigeria because of their work. Do you have an interest in learning some interesting facts about the life of Murphy Afolabi? What do you know about his family, specifically his wife and children? 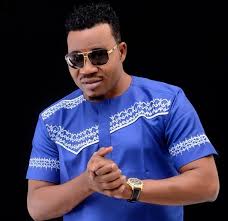 Osun State is where the well-known actor from Nigeria got his start. The town of Osogbo is where he was born and raised. On May 5th, he and his friends, family, and admirers gather together to celebrate his birthday. The well-known celebrity reached the age of 44 this year. Following graduation from high school, the aspiring actor enrolled in Ire Polytechnic. His primary areas of concentration were in the production of motion pictures, mass communications, and the arts of theater. 17 years ago, in 2001, the Nigerian star completed their education.

Murphy Afolabi began his acting career when he was a young lad, far before he attended college or graduated from high school. His debut film, which was directed by Dagunro and named “Ifa Olokun,” was his introduction to the industry. Today, the actor is highly known for his roles in movies like “Owowunmi,” “Jimi Bendel,” and “Mafi Wonmi.” He is particularly well-known in Nigeria for his work as a film screenplay, for which he has been nominated for a significant number of awards. His abilities have been recognized, and as a result, City People has put forward a nomination for him as the finest director, actor, and producer. A career spanning more than 60 films is what makes up Murphy Afolabi’s biography in the film industry. The actor lives an active life that is full of entertainment, pleasant moments, and even some dangerous experiences every now and then. In addition to his passion for creating scripts and producing films in the Yoruba language.

At one point, Murphy Afolabi was making his way back to one of the hotels he was staying in in Lagos after spending the night at a nightclub. When he arrived at the hotel, he was immediately ambushed by a band of armed robbers. He was attacked, but he managed to avoid getting shot by his attackers. This could have been a terrible accident, but luckily for the actor, everything turned up okay (that night at least two people were killed and the actor was robbed of his money, handsets, laptop, and other things kept in the car).

It is wonderful that the story has been resolved and that the actor will be able to continue his successful film career. It is said that he owns multiple homes and vehicles in addition to his position as CEO of Fatuns Films Production (2017 Infiniti JX35 SUV has been recently added to his vehicle collection). According to the rumors, his estimated net worth is approximately 400,000 dollars in United States currency. 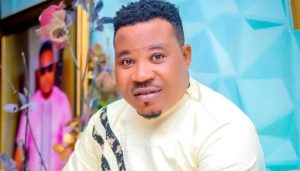 Everyone is interested in finding out more about Murphy Afolabi’s wife. The wedding of Murphy Afolabi, who has more than 240,000 followers on his Instagram account, is likely going to be an amazing affair. On the other hand, it is said that Murphy Afolabi does not have a wife and has not yet tied the knot. He continues to date new women and his Instagram account is filled with spectacular photographs of him with beautiful actors, his so-called brothers and sisters, and his daughter; however, he has yet to comment on his relationship with his present significant other. The following is a list of some of his alleged previous girlfriends: Wunmi Ajiboye, said to be Murphy Afolabi’s ex-girlfriend In 2016, Murphy Afolabi was spotted with a stunning unnamed actress.

At the very least, Murphy is a father. Her name is Fathia Afolabi, and the well-known actor makes reference to her in several of his Instagram postings on a regular basis. For instance, he just extended his best wishes to her on the occasion of her graduation from primary school and entry into secondary school. On the other hand, the actor does not disclose any information to the general public regarding her mother. Moyosoreoluwa a girl, is the second child.

However, the well-known Yoruba actor refutes rumors that the girl in question is his offspring. It is clear that he adores his daughter, as evidenced by the fact that he frequently publishes pictures of her on his Instagram account. Due to the fact that the actor prefers to keep his personal life private, you will not be able to locate any photographs of Murphy Afolabi’s wife or their wedding.