Everything about Zack Orji: background, career, family, films, net worth: In the world of Nollywood, Zack Orji is hardly a new name. He is renowned for his work as an actor, producer, filmmaker, director, as well as entrepreneur and philanthropist. Over the course of his career, he has appeared in more than 250 films.

He has established himself as a prominent actor, producer, filmmaker, and director in addition to being a philanthropist and businessman. His reputation extends both domestically and abroad. Zack is not just one of the wealthiest actors in Nigeria but also one of the most influential. All the information you require regarding Zack Orji may be found here.

The well-known actor was born on October 10th, 1960 in the city of Libreville in the country of Gabon. He spent his childhood in the West African countries of Cameroon, Togo, and the Benin Republic. Zack is the oldest of his family’s seven children, making him the oldest child overall.

When the actor was a kid, he used to love going out and getting firewood for his mother, who ran a business selling soft drinks. He was also a big help to his mother. The pursuit of a career in medicine was his father’s hope for him. On the other hand, the actor did not show up for the test, which led to their immediate elimination from consideration for that academic year.

READ ALSO:   You have to steal a good man from an abandoned woman - Miwa 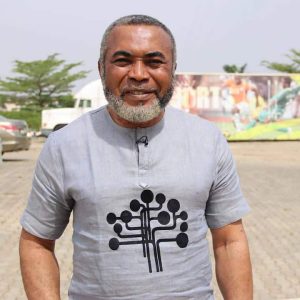 After finishing his elementary and senior schooling, he moved to Nigeria and continued his study there. He attended the University of Nigeria in Nsukka, from which he earned a bachelor’s degree in Estate Management and went on to work in the field. After completing his studies at the postsecondary level, he entered the shoemaking industry. However, somebody broke into his store, and they made off with a number of valuables.

From a young age, the exceptional actor showed an interest in and a burning desire to pursue a career in acting. His first appearance was in the movie titled “Unforgiving Sin” (1991). The fact that he has appeared in over 200 films in the time that has passed since then is a significant achievement. The actor has also tried his hand at being an entrepreneur and working in the real estate industry.

In a variety of films, the actor has demonstrated the range and depth of his abilities. Take a look at this sample of Zack Orji’s filmography:

Throughout the course of his acting career, the talented actor has been recognized with a number of awards and distinctions. Listed below are some of the prestigious honors he has received: 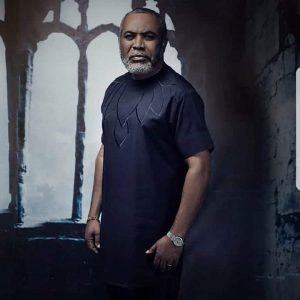 The actor is a family man, and he and his wife share three kids. Ngozi Orji is Zack Orji’s wife, and the entire family currently resides in Nigeria.

It is important to point out that the actor is one of the highest-paid and richest actors in all of Nollywood. It is estimated that he has a net worth of approximately three million dollars.

Zack Orji is a talented and inventive actor in the Nollywood industry. He is one of the most in-demand actors in the industry and has paved the way for a lot of other actors who are just starting out in Nollywood.