As a result of the enormous number of Igbo people who were brought to Jamaica as slaves, it should not come as a surprise that the Jamaican Patois language incorporates a little amount of Igbo language.

Have you ever heard of the Igbo people that live in Jamaica?: Igbo slaves in Jamaica were known as “Red Ibo” or “Red Eboe” because to the pale color of their skin. This name originated in Nigeria. A prejudice that Igbo slaves had fair or “yellow” skin tones is still prevalent in modern-day Nigeria. This distinction was made based on their physical appearance. Today, the term “red eboe” is used in Jamaica to refer to people who have pale skin tones and who have traits that are characteristic of Africans.

The Igbo people are believed to have originated predominantly in West Africa’s Bight of Biafra region. During the transatlantic slave trade, which took place between 1790 and 1809, a comparatively high number of Igbo people were carried to Jamaica as slaves. Jamaica was the second most common location for slave ships to offload their passengers after Virginia, which was the first most common location.

During this time period, elements of the Igbo people’s culture and language began to make their way into Jamaican society. The introduction of several Igbo words into Jamaican Patois is one of the most significant effects of the diffusion of this language.

The following are examples of some of these words:

READ ALSO:   Is it true that Calabar was the first capital of Nigeria?

In addition, the Igbo people were responsible for introducing the yam celebration known as Jonkonnu to Jamaica. In Nigeria, the celebration is generally referred to by its local name, the New Yam Festival. The Njoku Ji, also known as the “yam-spirit cult,” Okonko, and Ekpe of the Igbo are credited with being the originators of the masquerade event known as Jonkonnu, which takes place in Jamaica. Ibu Town, the natives say, got its name from the Ibo people who were held there as slaves.

The Igbo were also responsible for the cultural practices of “sucking-teeth,” which originated from the Igbo phrase “ima osu,” and “cutting-eye,” which was derived from the Igbo phrase “iro anya.” The Guardian reportedly says that “The history of Jamaica shows that the Igbo people had a significant impact on Jamaican culture, music, the practice of pouring libations, the “ibo” style of dress, idioms, language, and manner of life. Because the ways of the Igbos are so similar to those of the Jamaicans, it is not unusual for Jamaicans to watch movies made in Nollywood that were directed by Igbos. The Igbo people of Eastern Nigeria have served as an inspiration for some of their rural areas.”

There is no way to discuss the history of Igbo slaves without including Olaudah Equiano. Equiano was a liberated Igbo slave who learned to read and write after being set free, and he was one of the first people to write about his experiences in a book. During the year 1776, while the Mosquito Shore Scheme was in effect, he became an official and played a crucial role in helping to keep law and order among the Igbo people living in Jamaica. In addition to this, he is recognized as one of the activists who worked toward the end of the slave trade.

READ ALSO:   Nigerian teachers will adapt to the new normal teaching model in the middle of the coronavirus - TRCN

It is known that Igbo slaves resisted their servitude rather than rebelling against their masters throughout history. According to numerous sources, the slaves committed suicide because they thought that once they had passed on, they would be able to travel back to their homeland. Because of this suicide attempt, the majority of slave traffickers were reluctant to own them as property.

One of the most famous acts of defiance is known as the Igbo Landing. At this event, approximately 75 slaves seized control of their vessel and retreated into the water while singing and chanting in Igbo. That took place in Georgia. On the other hand, the Black River Rebellion plot in Jamaica was carried out by 250 Igbo men who had a shared goal of eliminating every white man in the country. Even after they were defeated, their heroic anthem for freedom rang out loud and clear:

Slaves of Igbo and Efik descent in Jamaica are credited with coining the term “buckra” to refer to their white masters and owners of other slaves. 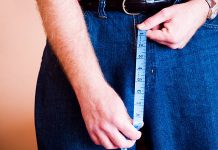 Zeta male, a new group of men who don’t care what you think 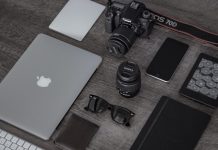