Since 1991, the capital of Nigeria has been located in Abuja; however, before to that year, Nigeria had a number of different official and unofficial capitals.

Is it true that Calabar was the first capital of Nigeria?: Prior to the relocation of the capital to Abuja, Lagos served as the formal seat of government in Nigeria. Check out the other states that have put forward the argument that they should have been capitals and the reasons why.

Calabar, the capital of Nigeria’s Cross River state and the nation’s tourism hub, is located in the city of the same name. In Efik, the name of the city was originally Akwa Akpa; however, during the time of the Atlantic slave trade, the name was changed. As a result of its status as a significant international seaport in the trade of palm oil and African slaves, this region saw some of the earliest interactions between Europeans and people on the African continent. The Spanish gave it the name Calabar when they arrived.

On September 10, 1884, England signed a Treaty of Protection with the King and Chiefs of Akwa Akpa, which was known to Europeans as Old Calabar. As a result of this treaty, England gained sovereignty over the entirety of the region of Calabar. Because it was also the first capital of the Southern Protectorate, the Oil River Protectorate, and the Niger Coast Protectorate, Calabar is often referred to as the “first capital” of Nigeria. This remained the case until the latter half of the nineteenth century, when, in 1906, the administrative center of the Southern protectorate was relocated to Lagos.

Even after amalgamation and independence, Lagos continued to serve as the capital of Nigeria for many years afterward. However, religious and ethnic divisions prompted the Nigerian government to start looking for a new capital that would appear neutral to all of the major ethnic parties in Nigeria and would be located in close proximity to the various regions of Nigeria. Also experiencing rapid population growth was the city of Lagos. In the early 1970s, the city that is now known as Abuja but was formerly known as Suleja was selected to serve as the capital of Nigeria. Abuja was selected to be the capital of Nigeria in 1991, not long after the city’s foundational buildings were completed.

However, the legitimacy of Calabar’s status as Nigeria’s first capital is highly contested. There are other contentions that Asaba and Lokoja should be considered unofficial capitals of Nigeria. It is generally accepted that the British colonial masters established their administrative headquarters at the city of Asaba, which is now the capital of Delta state. Additionally, this was the location that the British Royal Niger Company chose to hold its treaties prior to the establishment of the company.

After the Southern protectorates and the Northern protectorates were combined to establish one nation of Nigeria, the first Governor-general of Nigeria, Lord Frederick Lugard, exercised his authority from the city of Lokoja, which is now the capital of the state of Kogi. Additionally, this is the location where Lady Flora Shaw conceived of the name Nigeria. How to use voicemail transcription on your iPhone 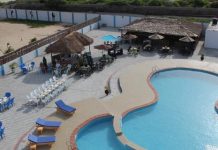 All you need to know about vacationing at Atican Beach Resort 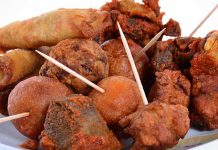 5 most important foods in a Nigerian small chops tray