Wike had this to say in a live media chat in Port Harcourt, Rivers State, on Friday.

He said that Ayu was calling applicants on the phone to drop out of the race for Atiku, and even threatened to resign if he (Wike) wins the primary.

Governor Wike said that the national president had several meetings with the candidates on the matter, so the convention started late.

The governor said the “roaring applause his speech received” at the national convention became a problem for Ayu and other party members.

Tambuwal used his second speech to announce his withdrawal from the presidential race and urged his supporters to vote for Atiku.

Buoyed by the withdrawal, Atiku defeated Governor Wike and other hopefuls in the race to emerge as the party’s presidential candidate.

“At this point I would have said this convention needs to stop even if the sky wants to fall let it fall,” Wike said.

“The national president went to Mr. Tambuwal’s house and called him ‘the hero of the convention’.

Wike said his only regret about not winning the primary is that he wouldn’t have “the opportunity to fight bandits and oil theft.”

He said in the media chat that he “wanted to fight insecurity head-on” if he had won the primary and then elected Nigeria’s president.

Wike said Atiku visited him at his residence in Abuja and told him “Look Governor, Ayu will go” because the presidential candidate and the national president cannot come from the same area.

The governor, in the chat with the media, insisted that Mr. Ayu must resign from his position for a southerner to guarantee “inclusiveness”.

He repeatedly described the PPD leadership as “arrogant” and added that “no party that wants to win an election can be as arrogant as this one.”

The party has been mired in a leadership crisis after its presidential primaries.

Mr Wike’s group is demanding the resignation of the national president to achieve a “regional balance” as Messrs Ayu and Atiku are both from the north, but Mr Ayu has insisted he was elected for a four-year term.

PDP Board of Directors (BOT) Chairman Walid Jibrin, who is also from Nasarawa state in the north, resigned a few days ago, apparently to placate Wike and his group.

However, Wike’s team, unimpressed with Jibrin’s resignation, has insisted that Ayu resign from her position.

Let here it in the comment below if you do have an opinion on this; PDP crisis: Ayu lobbied other presidential hopefuls to quit Atiku – Wike 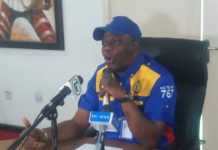 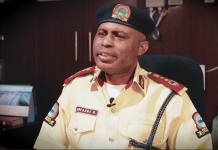 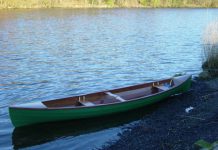