The state of education in Nigeria is one of the most pressing issues that need to be addressed at this time in the country. 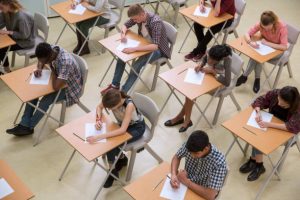 Problems of education in Nigeria and how we can solve them: Because of the alarming drop in educational quality and standards that has taken place in Nigeria over the course of the past two decades, Nigeria has become the principal source of students from other African nations who leave their home countries in search of a higher education. When Nigerian students study in other countries, they frequently achieve outstanding results and are consistently ranked among the very best in Europe and other regions of the world. On the other hand, once they are back in their own environment, their performance is not up to par. They are not utilized to their full potential, and as a result, their more admirable attributes are rarely brought to light. Is there a reason why Nigeria’s educational system is so far behind that of the rest of the world? Why do they have so many graduates from colleges and universities who aren’t completely equipped for the workforce? In today’s lesson, we are going to discuss the likely educational issues that exist in this country as well as the potential remedies to those issues.

The most urgent problem facing the educational sector right now is one of financing. Not only in Nigeria, but also in a great deal of other regions all over the world. However, this facet of the teaching profession in Nigeria reflects some of the most significant issues that the country has, which eventually leads to the demoralization of both the teachers and the students in their efforts to compete for higher marks. To bring up a topic that isn’t directly related to finances would be a major step in the wrong direction. At every level of government in Nigeria, educational spending receives insufficient funding. Consider the case of Nigeria’s education budget in the year 2020; it is significantly less than the 26% that is recommended by the United Nations. As a result of Nigeria’s ineffective leadership and governance, the country’s economy as a whole has been negatively harmed, but the education sector in particular has become extremely challenging to manage. The educational system in Nigeria has been neglected to the point where only a small percentage of the annual budget is allocated to it. The educational sector, which has a higher impact on society, receives less attention at the regional, county, and national levels in comparison to other sectors, which do receive more attention. 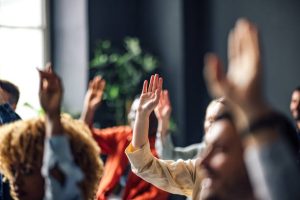 Greed is possibly the single most important factor contributing to the presence of poor schools in Nigeria. People are generally engaged in a struggle for survival and live under constrained conditions, both of which frequently lead to a lack of quality in a variety of different domains, including education. As you probably already know, one problem almost invariably leads to another one. Because the majority of teachers in Nigeria aren’t paid what they should be, greed is a significant problem in the country’s educational system. Therefore, even if the administration decides in the end to pay teachers, the heads of these schools typically keep a portion of the money for themselves rather than distributing the reported revenue or income to school employees. This is the case even if the administration decides to pay teachers. The majority of the time, lecturers and instructors working in Nigeria’s secondary and higher education institutions are paid less than they should be. As a direct consequence of this, students are required to pay for their own school supplies or risk having their grades suffer as a direct consequence.

3. Curriculums that are frequently out of date

Lack of access to schools that provide a decent education is one of the most urgent educational problems in Nigeria. In the end, it is always the same, regardless of whether we are talking about college essay writers or some other sector. As a consequence of this, Nigeria is falling further and further behind other countries in Africa in terms of innovation, economic progress, and wealth, as well as access to information. Students at the majority of Nigeria’s educational institutions are employing texts that are both antiquated and out of date. One of the most infuriating aspects of receiving a higher education is seeing professors and lecturers who are uninterested in updating their pupils on the most recent happenings in their respective fields of expertise. This is due to the fact that even the academics are starting to hit their senior years. When it comes to computers, the vast majority of Nigerian instructors are illiterate, in contrast to the situation in countries such as South Africa, Canada, the United States of America, and the United Kingdom. Clearly, this is a significant problem in the educational system of Nigeria.

The lack of adequate facilities contributes to a number of the challenges faced by the educational system in Nigeria. During the most recent ten years or so, or thereabouts, the United States Government has shown a complete and utter lack of concern for the welfare of the nation’s educational systems and other organizations that provide training. Our educational institutions are in a state of decay, and as a result, the graduates of such institutions do not have the skills necessary to compete successfully on a global scale. In specifically for scientific-practical sessions, numerous institutions lack fundamental pieces of equipment, while others that appear to have them are nevertheless utilizing antiquated versions of such pieces. As a direct consequence of this, students focus entirely on the theoretical components of the curriculum rather than engaging in any practical exercises. In addition, there is a lack of mandatory reading material in the majority of school libraries. 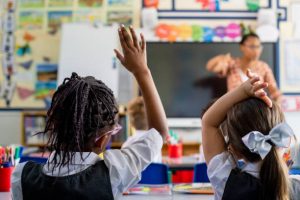 It is possible to argue, without much effort, that requiring students in Nigeria to write personal statements as part of their coursework may be one step in bringing about beneficial improvements in the educational system in Nigeria. Why? because they are the ones who are going to suffer the most from it. Nevertheless, a lack of discipline in this country as a whole, not just among students, has been a concern for the better part of the last few decades. Another problem that has been allowed to develop in the educational system like a cankerworm is the lack of discipline. Students committing acts of academic dishonesty are not nearly as common as the formation of clandestine organizations by other students. It is necessary that all of these things be done away with because children are Nigeria’s future leaders and the approaching generations are children. It is imperative that all of these things be done away with. The future of Nigeria is doomed to extinction if prompt action is not taken to address the situation. This concludes our look at some of the problems plaguing Nigeria’s educational system as well as some possible solutions.

The impacts of corruption, which are pervasive throughout every aspect of Nigeria’s government, can be seen throughout the country’s educational system as well. This kind of thing happens all the time in schools of all different levels. Bribery is a common practice among members of educational institutions, particularly managers of educational facilities. It has been revealed that monies intended to assist education infrastructure, in addition to the operational costs of schools and institutions, were used in an inappropriate manner. Additionally, professors and other types of teachers are no longer concealing the bribes they accept. According to a report by the Independent Corrupt Professions and Associated Offences Committee, Nigerian colleges are infested with corruption, and there is neither the political will nor the capability to confront the issue.

Values such as knowledge, skills, attitudes, and culture can all be acquired through the process of receiving an education. It ensures the transmission or acquisition of general information, as well as the development of thinking and judgment abilities, and it helps students think critically and make sound decisions. Education in Nigerian schools is plagued by a number of challenges, despite the tremendous benefits and significance it offers. If the issues with education are not addressed at the fundamental level, they are similar to a plant that regrows after being cut rather than destroyed completely. Let’s keep our fingers crossed that the national authorities will take some of our suggestions into consideration and go to work on improving their educational system so that it is worthy of admiration. 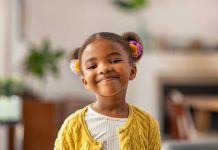 After the terrible twos and threenager years, comes the “terrible fours”! 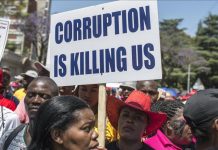 See the 20 most corrupt countries in Africa 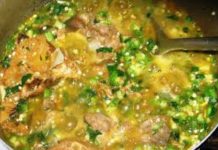 How to cook Ilasa soup in the Igbo-Ora way