The Nigerian Parent Teachers Association (PTA), Ondo State chapter, yesterday recognized Newslodge newspaper with an award for its outstanding contributions to the development of education in Nigeria.

Presenting the award to our correspondent at the International Events and Culture Center (Dome), PTA Nigeria Vice President Chief Abimbola Omoloja said that the award was given for being the voice of the common man and his performance in developing the education.

In addition, the wife of the Governor of Ondo State, Mrs. Betty Anyanwu-Akeredolu, was recognized among 20 others for her immense contributions to the sector.

According to Omoloja, Newslodge remains one of the national dailies that reports on issues factually and accurately. He added that it has continued to make a quality impact beyond the shores of Nigeria.

Omoloja, who is also president of the state PTA, said the award was based on five categories, including girls’ development, educational planning and administration, educational philanthropy, horsewomen of hope and activities of traditional institutions.

The PTA president, who thanked the governor for providing an enabling environment for education to thrive in the state, requested office space for the association.

“It should be noted that education is the basis of development, as it leads to prosperity and decreases social vices,” he said.

The governor’s wife, Anyanwu-Akeredolu, who received an award for developing a role model among boys and girls, advocated the inclusion of more women in government for better development and advancement of the country.

The governor’s wife, who said she had empowered some 2,000 girls through her pet project, the BEMORE Initiative Empowerment, said now is the time women should be given a chance in politics.

READ ALSO:   The Governor of Benue mourns the passing of the commander of 'Operation Whirl Stroke'

The First Lady noted that “the current situation in the country and the way we treat our women and girls has been reflected in our level of development and progress.

“So we should all collectively rise up as African women to strategically build a new generation of women through our girls by raising them differently. If we want to change the narrative of this country, we need women, especially starting with our girls, because they are the future of the country.”

Do you have an opinion about this; PTA honors Newslodge, Akeredolu’s wife and others for pushing the frontiers of education | Newslodge Nigeria News 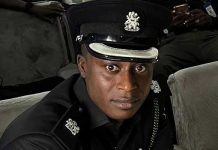 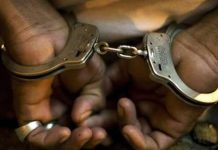 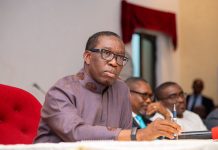