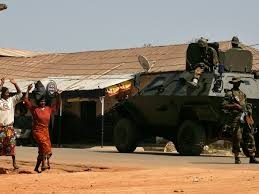 What is the definition of military intervention?

It is the primary responsibility of every military force in any country to defend that country against external armed forces. Armed forces are expected to develop and implement plans for the effective protection of populations against external threats. The military was also established to safeguard the regimes and constitutional orders of several countries.

When it comes to the military, it is a hierarchical and authoritative institution in which no democratic elements can be found. Simple: you cannot be appointed as a general of the army; instead, you must go through years of training and experience to achieve this position. The national army and guard is a very powerful structure in the country. In certain countries, it is even illegal to express disagreement with the military forces.

Explaining military involvement in the Nigerian government is a difficult endeavor because military coups are always a result of a combination of various elements working in concert. Military intervention can coexist harmoniously with politics, as was the case in medieval Japan, where an Emperor served as a titular power and a Shogun (Supreme military commander) served as a real power. In Nigerian politics, there are five theories that can be used to explain and analyse the role of military involvement. Look at these five theories and reasons for why Nigeria could be placed under military administration once more.

Reasons for military intervention in politics

According to this hypothesis, a military intervention can occur as a result of a lack of confidence in the socio-economic development of a country’s population. Military coups are less likely to occur in countries that are socially and economically stable. Military operations are most often carried out in countries with a low level of income. This was a problem in Nigeria during the military coups that occurred from the late 1980s to the beginning of the 1990s. Nigeria may not be able to withstand another economic downturn, according to experts. Nigeria was compelled to diversify its economy as a result of the world’s most recent oil conflict. The likelihood of a military coup increasing in the absence of a robust and stable economy is quite significant! 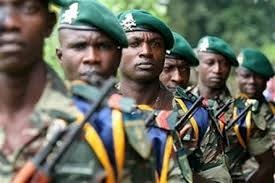 Another important justification for military intervention in politics is a country’s political instability, for example, in the case of military operations during the Cold War since communist regimes failed to compete against capitalism and democracy, military action was justified. Corruption always weakens the administration and increases the likelihood of military coups taking place. Nigeria is still one of the world’s most corrupt countries, therefore it will come as no surprise if the country’s weak and corrupted politicians cede control of the country to the military. Nigeria may be on the verge of another military coup if it does not have a strong political leader. Therefore, in order to safeguard the country, it is vital to maintain a stable economic and political environment! Military intervention in the Nigerian government is only likely to occur when the country’s leaders are weak.

The Military’s Importance in Society

This thesis promotes the notion that the larger the military’s resources and influence, the greater the likelihood of a military coup taking place in the future. A weak civilian institution may be the catalyst for strong military forces to seize control of the country; therefore, military actions should be closely scrutinized!

Disagreements due to issues in the society

It is possible that these confrontations will include religious and ethnic issues, as occurred in Nigeria during the first rising of Biafra in the 1960s. Nonetheless, because Boko Haram and other terrorist organizations pose a threat to the democratic order, it is possible that it will occur. Nigeria is a multicultural country with a diverse range of religious views. Nonetheless, radical religious groups in Nigeria have the potential to pose a major threat and destabilize the country’s administration. ISIS is the most visible example of how religious fanatics may devastate a country. However, there are many others. This type of threat must be mitigated in order for Nigeria to remain safe and secure.

Regional differences are always cited as a justification for military intervention in the political affairs of Latin America, regardless of the circumstances. Nigeria also has some issues that exist between some of its states, as well. Nigeria is a country where more than 400 different tribes live in harmony with one another. Despite this, the political atmosphere may shift in the future. There is a possibility that Nigerian tribes could take acts that would generate political instability in the country and enhance the chance of military coups. Providing new avenues of cultural interchange between representatives of the tribes, as provided by the federal government, will ensure that this does not occur.

If you look at the history of military intervention in Nigerian politics, you will find that it has occurred as a result of a mix of reasons. As a result, it is vital to restore stability to the country’s economic and social conditions. If this does not occur, Nigeria may be subjected to yet another coup d’état. 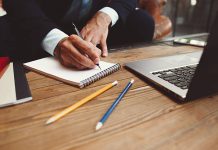 How to write welcome addresses