Side chick vs main chick: What does a side chick do that a main chick does not?: Why is it that a man who already has a girlfriend, fiancee, or even worse, a wife and kids of his own, finds a side chick to be so dang enticing? What is it about a side chick that makes her so appealing to the man?

The side chick is not unfamiliar in modern partnerships, or in relationships of prior eras for that matter. She is the mistress, the other woman, the one who never comes home, the hidden one that no one knows, the force behind the scenes that the guy cannot resist. The babe for whom a man is willing to put everything on the line is known as the side chick.

Women of all ages are very familiar with her, from the college student to the grandmother who is taking her grandchildren with her when she travels overseas to take care of them. Only a select few people have had the good fortune [or is it bad luck?] to see her face or come into contact with her, but her legend can’t be overlooked, and her overhanging shadow can’t be denied when it comes to a romance or marriage.

The majority of the time, after a significant encounter or discovery, the question that women find themselves asking, either rhetorically in the darkness and still silence of their empty beds or to the face of the man when he quietly tiptoes through the front door late at night, is “what is special about her?!” In other words, they want to know what it is that makes her so unique.

READ ALSO:   Here are 8 signs he wants to marry you

Some people put it in the form of the question “what does she have that I don’t?” “what does she give you that I don’t?” you ask. However, the core of those questions has not changed at all over the course of this discussion. Women are curious as to what the man’s “side chick” has going for her that makes her a more desirable partner than they are. And young Nigerian men in their mid-twenties and mid-thirties are offering explanations why they pay attention to that other woman rather than the woman who they should be paying attention to instead.

What can you expect from a side chick that you won’t get from a main chick?

In an open and honest response to a question that was asked on Instagram on August 22 by user @macshayn, another user named @odlanky stated that the ability of the side chick to provide wild sex while also being less problematic is the advantage she has over the main chick.

@iamn_oloh and @gboyin.esq have come to the conclusion that these two factors are the most influential pull factors that the side chick uses to entice the male. “No drama…. Just benefits!” said the former. Less drama, more steady knacks, is what the latter says.

Despite the fact that the question was posed with the primary intention of gaining insight into the way in which the male mind processes the topic of sidechicks, many female respondents were more than happy to share their perspectives.

According to @hormo tee, the reason a man is attracted to a side chick is because she provides him with “peace of mind.” According to @inemudodiong, some men have a hard time turning down the opportunity to put in “less commitment” than usual, get away from the stress and pressure their woman puts on them, and most likely enjoy “more sex.” According to the Instagram user, these are some deals that are simply too enticing for males to pass up.

Is this enough to justify cheating?

With all of the popular opinions expressed above, it is easy to get the impression that having a side chick is justifiable, provided that the man doesn’t get peace of mind with the woman, gets excessively pressured, gets pestered for a level of commitment he’s incapable of giving, or in the instance where he feels that the sex isn’t enough. All of these conditions must be met for the man to feel that having a side chick is justifiable.

Do women need to give men more peace of mind in relationships? Can they be blamed for men cheating on them? Let us hear your thoughts. 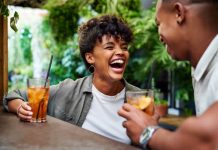 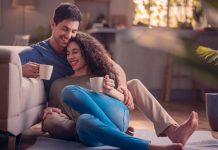 Here are 8 signs he wants to marry you 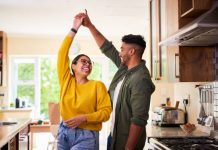 What does “playing games in a relationship” mean?