Somali police launched an investigation on Sunday after 20 foreigners were discovered near territory controlled by the Al-Shabaab militant group claiming to be fishermen who had been held hostage for years.

Police spokesman Sadik Dudishe said the men, 14 Iranians and six Pakistanis, were detained for questioning after they unexpectedly wandered from a part of the militant-held Galmudug state.

“Some of these people were kidnapped by Al-Shabaab in 2014, while others were kidnapped off the Harardhere coast near Qosol-tire in southern Somalia in mid-2019,” Dudishe said in a statement.

“Four of them have physical injuries,” he said.

It is unclear how the men came to be freed, and police did not provide further details, citing an ongoing investigation.

Local authorities in Hobyo, the coastal town where the men turned up, said the foreigners were being held for questioning.

“We are still investigating these 20 men who were detained today after coming from an area controlled by Al-Shabaab,” Hobyo Commissioner Abdullahi Ahmed Ali told reporters.

“They have claimed to be fishermen,” he added.

Al-Shabaab, which controls swaths of rural Somalia, has been trying to overthrow the central government for 15 years, financing its insurgency through criminal activities including kidnapping and ransom.

Somalia has also been plagued by piracy for years, though attacks on maritime vessels off the coast have fallen sharply in recent years since peaking at 176 in 2011.

Unconfirmed reports suggest the men may have been kidnapped by pirates and handed over to Al-Shabaab, an affiliate of Al-Qaeda, which includes foreign fighters in its ranks.

In 2020, three Iranian fishermen believed to be the last hostages held by Somali pirates were released after five years in captivity.

What do you think about this; Somalia questions foreign ‘hostages’ found near Al-Shabaab territory | Newslodge Nigerian News 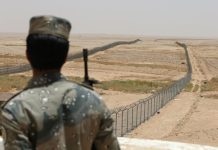 See the 5 most dangerous borders in the world 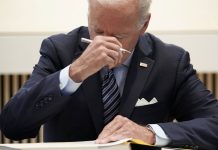 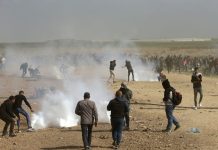