“Champion Oleksandr Usyk will put his IBF, WBA, WBO and IBO world titles on the line against Anthony Joshua in the coastal city of Jeddah, Kingdom of Saudi Arabia on Saturday, August 20,” said a statement issued by the Matchroom Boxing promoters.

However, the Russian invasion of Ukraine in February put in doubt when former undisputed cruiserweight champion Usyk would return to the ring.

The 35-year-old fighter returned to Ukraine to fight for his country, but was given a special exemption from military service to prepare for this fight.

“I have a goal, with the Lord’s help I will accomplish my mission!” Usyk said in Matchroom’s Sunday statement.

Joshua, 32, has made changes to his coaching staff in his bid to be crowned world heavyweight champion for the third time.

Rob McCracken, the trainer who oversaw 2012 Olympic champion Joshua’s rise from the amateur ranks, is no longer a member of the team, with Robert Garcia added to the corner to work alongside the already installed Angel Fernandez.

The August fight will be Joshua’s second fight in Saudi Arabia after he regained his world titles with a points win over Andy Ruiz Jr in Riyadh in December 2019.

Calling his recent career a “roller coaster,” Joshua added, “Fighting at championship level back-to-back has had its pros and cons, but I resolve every day to get stronger, learn from my experiences and grow.

“A happy fighter is a dangerous fighter and I am the happiest and most motivated I have ever been.”

What do you think about this; Usyk-Joshua heavyweight rematch set for August 20 in Saudi Arabia – Sport – Newslodge Nigeria News – Nigeria and World News 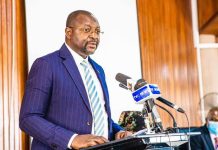 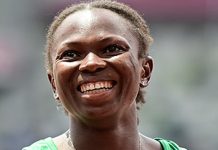 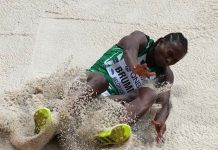