In most cases, the discharge from the belly button will be a very light shade of white, off-yellow, or light green, and it will have a consistency similar to that of snot when you have a cold.

As if you weren’t dealing with enough bodily fluids already, now comes another one: discharge from your belly button. According to dermatologist Aditi Jha, M.D., chief physician at the online medical consultation website JustDoc.com, most people have encountered the frequent phenomena of belly button crust at some point in their lives, regardless of whether they have an innie or an outie.

She claims that this is because the cells on your skin are constantly regenerating, and when you take a shower, the dead cells are removed. However, some of it may become trapped in the creases of your belly button, which can cause it to build as dry skin. The texture and appearance of this dried skin is comparable to the crusty eye stuff that you get after sleeping on it.

According to Dr. Jha, though, if you’re dealing with something that more closely resembles ooze than crunch, this could be an indication that something is wrong. And if that is the case, you shouldn’t be picking at it to attempt to figure out what the heck is going on down there since it won’t tell you anything useful.

Because it is the location in the body with the maximum blood drainage, tampering with the belly button is something that all medical professionals will tell you to steer clear of, according to Dr. Jha. Because of this, any infection in or near it has the potential to spread far through the blood and become serious if it occurs anywhere in the abdominal region.

READ ALSO:   Mental health quotes that will empower you

She also notes that leakage from the belly button is never considered natural. Therefore, if you notice something, you should get it checked out by a medical professional. According to her, an infection is the most likely cause of it. This may be the result of abdominal surgery, but it may also be the result of poking around too hard in there in an attempt to “clean it out.” According to Dr. Jha, this could result in abrasions or tears, which would then allow bacteria to enter the area and make their way into your circulation.

In most cases, the discharge from the belly button will be a very light shade of white, off-yellow, or light green, and it will have a consistency similar to that of snot when you have a cold. Infection can also be detected by the presence of an unpleasant, sour smell coming from the affected area. Having a rash that is itchy and located around your belly button, swelling, or pain are further warning signs.

In terms of the possible origins of those symptoms, you could be dealing with a cyst in the abdominal region, or you could be experiencing the aftereffects of an operation in that region, such as surgery to repair a hernia. In either case, you should have it checked out. Now, you may have heard that fluid coming from the belly button can be a sign of diabetes, but according to Dr. Jha, this is just a fallacy. This may be due to the fact that some studies suggest there is a connection between high blood sugar and candida yeast infections. Candida yeast infections are a disorder that, in theory, might affect the area around the belly button. But according to Dr. Jha, this connection is a bit of a stretch in reality.

She believes that an infection is far more likely to be the root of the problem. Antibiotic medication is typically prescribed for patients when this diagnosis is confirmed. Just be careful not to let the ooze continue for an excessively long time. A bacterial infection or sepsis might be brought on by a delay in detection of the underlying condition. 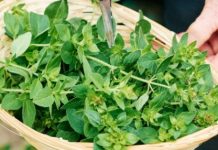 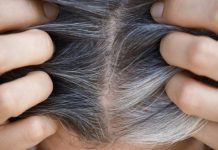 5 factors that can cause grey hair at a young age 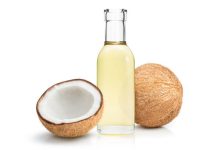 Coconut oil is one of the most effective stretch mark treatments. Here’s how to use it