What you need to know about Blu hunt: age, bio, career, early life, films and TV shows: Blu Hunt is an American actress who is best known for her portrayal of Inadu (The Hollow), a powerful Native American witch who appeared in season four of The Originals, a supernatural drama series on the CW. She has also appeared in a number of other television shows and films, including The New Mutants, Stumptown, and the Netflix science fiction drama Another Life, among others.

Blu Hunt made her acting debut in the short film One Block Away, which was released on September 20th, 2015. Since then, she has appeared in a number of well-known films and television shows. 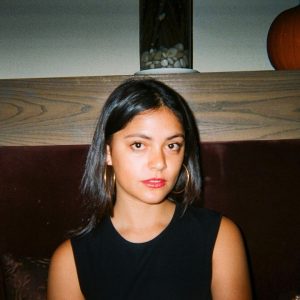 Blu Hunt belongs to the Native American ethnic group. Blu Hunt is descended from the Lakota people. Her great grandfather was an Apache, and her grandmother is a member of the Oglala Lakota tribe, which is located in South Dakota.

Even though little is known about Hunt’s early life, she is known to have lived in Sacramento, California, with her two younger sisters. She has two siblings, one of whom is named Logan Bik and the other named Aviana Porter. She struggled with anxiety as a child and adolescence. She has stated, however, that she only became aware of the extent of her anxiety after landing a role in a film project. What she had to say about it was as follows:

“I didn’t know what mental health was. I didn’t grow up with that language and I didn’t really know therapy was something that you could just do. And I realized looking back at my life, ‘Wow, I’ve had debilitating anxiety since I was a kid.”

Gretchen Whitney High School, a public high school in Cerritos, California, was where she received her education. At her previous school, the actress was an active member of the drama club.

Soon after, she was accepted into The American Academy of Dramatic Arts, where she continued her education. In the field of theatre arts, she was a specialist. Blu Hunt, an actress, received her diploma from the school, which was based in Los Angeles, California, back in 2015.

Throughout her childhood, Hunt excelled at nearly everything she set her mind to. She is a talented artist who can draw, write, and even paint. She had established herself as an actress during her high school years, but she did not intend to pursue acting as a career after graduating from high school.

Blu intended to pursue a career in the fine arts after graduating from high school. She did, however, end up changing her mind she said:

READ ALSO:   All Kobo must be accounted for: Davido reacts to the fire in the General Accountant's office

“When I was in high school, I wanted to be a fine artist, I wanted to go to art school. But when I thought about it, I still felt kind of miserable in my room, painting, and I felt so happy when I was acting. I just wanted to do something with my life that made me happy, that I would always be happy doing. I loved movies, too. I’m obsessed with movies”.

Her first major role came in 2017, when she appeared in the television series The Originals. The Hollow was played by Blu Hunt in the television series The Originals. She was a powerful Native American witch who grew even more powerful after she died, according to legend. The actress made an appearance on six episodes of the series. How old was Blu Hunt when he appeared in The Originals? She was 22 years old at the when she played this role. 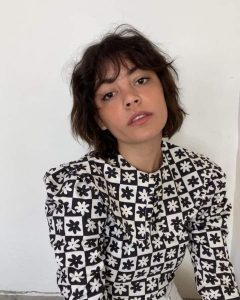 Until now, Hunt’s most well-known role has been in the film The New Mutants. Dani Moonstar is the character that she portrays. Dani is a fairly powerful character, as she has the ability to create realistic illusions based on the emotions of others. Her abilities would then allow her to bring those visions to life and even tap into someone’s worst fear. According to her IMDB page, the actress has a total of nine credits to her credit.

Here is a list of Blu Hunt’s films and television appearances:

Blu Hunt has demonstrated her commitment to hard work and determination in the few films and television shows in which she has appeared. She is still very young and has a wonderful career ahead of her.