Reactions have continued following the rescue of a US citizen by the elite SEAL 6 team of the US Navy.

The US citizen is said to have been abducted in Niger by gunmen and later transferred to Nigeria, where the Navy’s elite SEAL 6 team allegedly killed about six hijackers during the rescue operation.

“The US forces that carried out the mission killed six of the seven captors,” a US official with knowledge of the operation told CNN.

Speaking about the operation, Pentagon spokesman Jonathan Hoffman said in a statement: “The United States armed forces carried out a hostage rescue operation during the early hours of October 31 in northern Nigeria to recover a American citizen kidnapped by a group of armed men. This US citizen is safe and is now in the care of the US State Department. No US military personnel were injured during the operation. “

In reaction, US President Donald Trump praised the soldiers and celebrated the return of the kidnapped US citizen.

His words: “Last night, the brave warriors of our country rescued an American hostage in Nigeria. Our Nation salutes the brave soldiers behind the daring nightly rescue operation and celebrates the safe return of another American citizen! ”.

Last night, the brave warriors of our country rescued an American hostage in Nigeria. Our nation salutes the brave soldiers behind the daring nighttime rescue operation and celebrates the safe return of another American citizen!

Nigerians were not left out, as many flock to various social media platforms to give their voice.

Here are some reactions:

What I find reprehensible is that this country has become so illegal that bandits not only operate freely, they also have the nerve to kidnap a victim from elsewhere and bring her safely here for safekeeping. I think it’s about time our security managers started asking themselves some critical questions.

I need to leave this country in another to be able to enjoy all this government provision. Nigeria is a jungle for every man.

This is exactly why all Americans are PROUD to be Americans. You know your country has your back no matter what! Congratulations to the guys. Proud of you.

Tito Kane # Proud to be a NEGER

THE PEOPLE OF NAIJA ooooooOOOOOO, KNOW ALL THAT: A foreign military incursion throughout Nigeria has made the OBSOLETE Nigerian MILITARY AND PEOPLE UNNICE. SHAME.

So the US military can now conduct a rescue operation on Nigerian soil across the entire territory.

Has Abi reached that measure ????

So Buratai and his officers, can’t they seize the hostage and return it to America without America having to start firing its guns and bullets all over Nigeria?

Buhari ooooooOOOOOO, you are allowing foreigners to commit SACRILEGE all over Nigeria and violating our Nigerian sovereignty. Buhari, YOU ARE NOT GOOD for Nigeria. Give up immediately.

That is what is expected of an army in which merit and not tribalism and religion are used to elect people.

Why didn’t the US government recolonize Nigeria? It will be a great thing for Nigerians and ordinary Nigerians in the diaspora.

When donkeys attempt sophisticated operations, they end up exposing themselves to the sophistication exposed by their primitives.

You haven’t finished kidnapping your stupid politicians, you are chasing an American citizen. Do you think America is your shit so careless with your lots in other countries?

By 2022, foreign forces will be in Nigeria to dislodge the activities of these jihadists, whom the Nigerian government has been covering. The government realized that they could use cyber technology to track Nigerians after the recent unrest, but did not consider using it to track jihadists and Shekau. Do you think the United States and its Western allies are stupid? Mr Buratai, although you followed the orders of your fundamentalist president, you still have questions to answer. At the appointed time.

The Nigerian government, which has been pretending to be fighting terrorism, will soon realize that it is not easy to fool the US and the West. The so-called cyber terrorism that they claimed they will use to track people who speak out about the evils of the government has been used to gather information on state sponsored terrorism and ethnic cleansing in Nigeria. The end is near.

Those who claim sovereignty, where are they? Sovereignty in the mouth, this is a warning to those who open their dirty mouths by giving orders to the international community not to interfere, it is easy to pick them up whenever they are needed to account for their actions, there is no hiding place for them. Burutia and its gangs that are threatening the international community, what happened to those bandits awaits you, America is not a superpower in their mouths, they are in action. Many taxi drivers are shaking and panicking now that there are no more safe havens, if bandits can easily die this way.

Who wouldn’t be proud to be an American with this mission?

Can Nigeria risk the lives of the few soldiers for just one Nigerian? I doubt it.

Congratulations to the USA!

Nigeria should learn from them. These are the United States, not the forces of NIGERIA. Ours are still fighting the palliative thugs (indomie and spaghetti). A man was rescued from US forces. 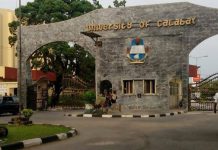 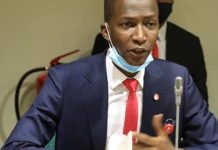 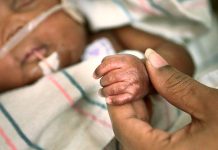