Weghorst will join until the end of the season after United reportedly reached an agreement with Besiktas to shorten their loan from Championship team Burnley.

Anthony Martial is also a doubt due to injury, which could force Ten Hag to move the in-form Marcus Rashford into a more central role.

Rashford has scored in eight straight games at Old Trafford and has seven goals in six games since the World Cup break.

But most of the England international’s goals have come when he was operating from the left rather than up the middle.

“I think we’re close,” Ten Hag said when asked at his pre-match press conference on Friday about the Weghorst deal. “But he wouldn’t be available for tomorrow.”

Weghorst, who scored just two goals for Burnley in the Premier League last season, has been viewed by many United fans as a disappointing replacement for the late Cristiano Ronaldo.

But United have thrived since Ronaldo’s contract was terminated, with eight straight wins in all competitions.

The litmus test will come against defending Premier League champions City, who defeated their local rivals 6-3 when the teams met earlier this season at the Etihad.

“It doesn’t come overnight, there has been a process in the last few months where we develop, we progress,” Ten Hag said. “We have to be brave, act in faith and play our game.

“We learned the lesson (from the last meeting) and since then we have made great progress. We have to continue that process.”

Diogo Dalot will also be missing at United due to injury sustained in Tuesday’s League Cup quarter-final win over Charlton and Donny van de Beek’s season has ended due to a serious knee injury.

What do you think about this; Man Utd’s wait for Weghorst leaves Ten Hag short of strikers | Newslodge Nigerian News 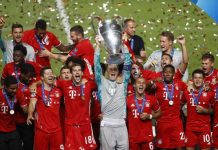 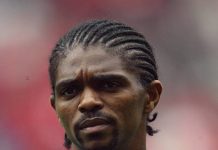