Surprisingly, the Nollywood industry has been grooming talents who are diversified in many industries, such as fashion, realtors, digital marketing, e.t.c.

The Nollywood film industry would never have achieved its successes without the help of scriptwriters, filmmakers, producers, directors, make-up artists, costume designers, cinematographers, and many more. The industry is the biggest in Africa, and the third in ranking after Hollywood & Bollywood. This has proven that the Nollywood industry is doing perfectly great.

So the question now is who are the richest Nollywood actors in 2022?

Born on the 7th of January in Lagos State  Nigeria. The last amongst 6 children, he is the son of the popular Nigerian actor Pete Edochie. Yul Chibuike Daniel Edochie is from Anambra State but was raised in Lagos and Enugu, Yul grew up and earned himself a degree from the University of Port Harcourt, where he received a Bachelor of Arts in dramatic Arts. 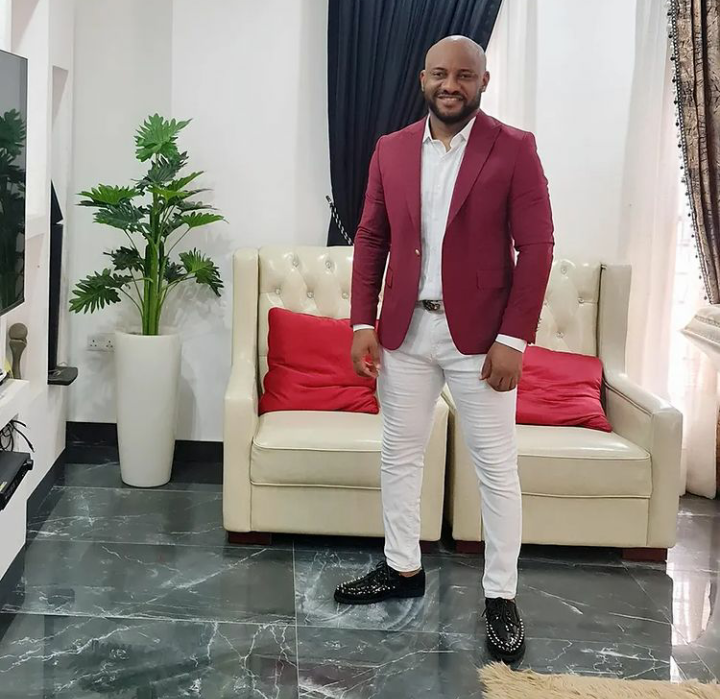 He, however, started his film career in the year 2005 when he was featured in the movie ‘The Exquires’, but got his biggest break in the year 2007, when he acted in a movie alongside Desmond Elliot and Genevieve Nnaji the movie ‘Wind of Glory’. He is currently an Actor and a Film director. 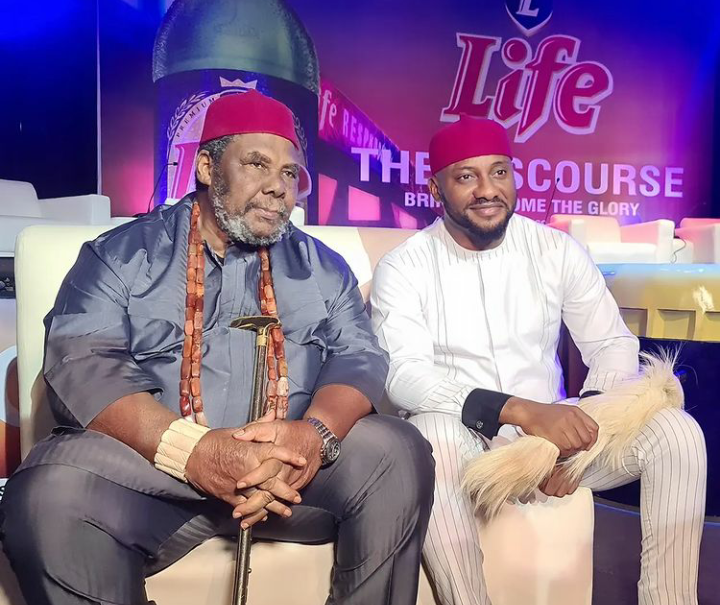 Yul is a man who wants to grow the movie industry—he however opened his Academy in Lagos in the year 2015 where he teaches young stars the process of coming to the limelight in the movie industry. He’s one of the richest Nollywood actors in Nigeria 2022, with a Net worth of $2 million. He is currently married with 4kids, 3 boys, and 1 girl. 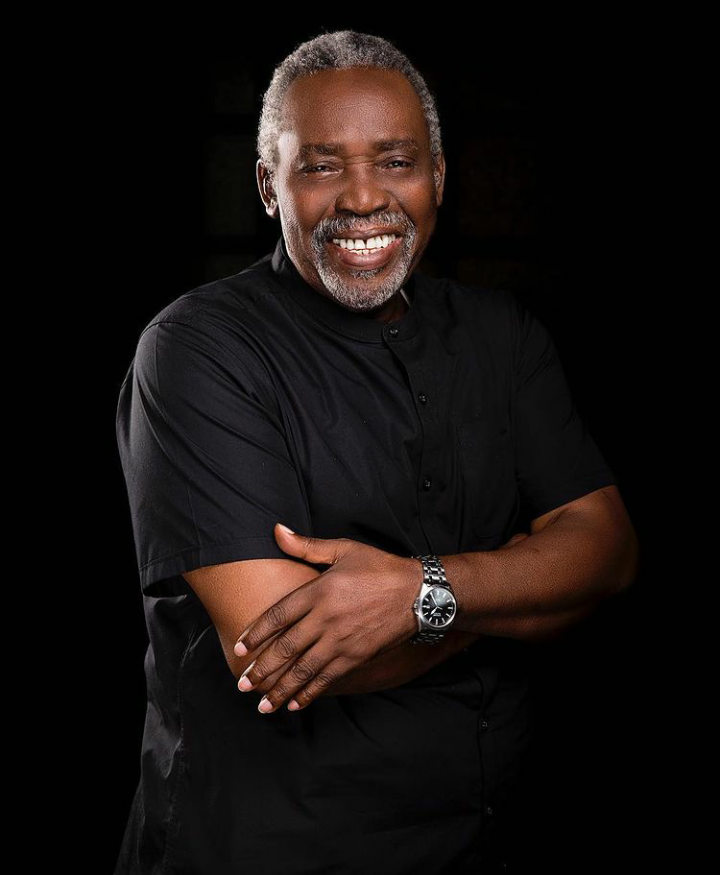 He grew up in the city of Kano and was opportune to secure a visa and travel to England to study acting after attending one of Chief Herbert Ogunde’s annual concerts at Colonial Hotel in Kano. After arriving in England, Jacobs trained at the Royal Academy of Dramatic Arts.

He is one of the most well-known Nigerian actors, having starred in over 100 films. He’s been the godfather of Nollywood for over 40 years in the acting business. He is married to the renowned veteran actress Joke Silva. 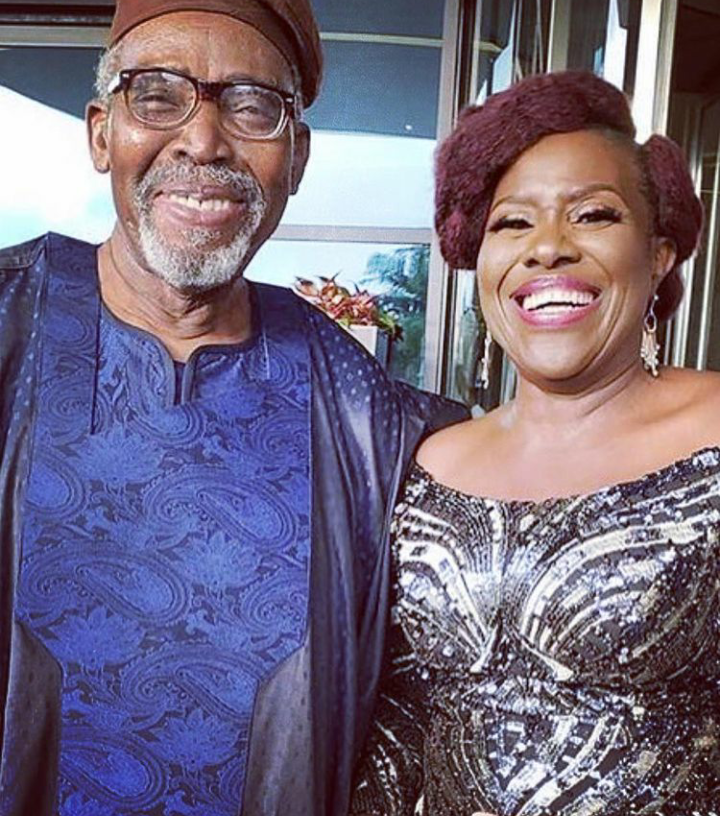 Olu Jacobs is also a well-known international actor who has appeared in both Nollywood and British films. His net worth is currently $2.3 million. He’s currently one of the richest Nollywood actors in 2022. 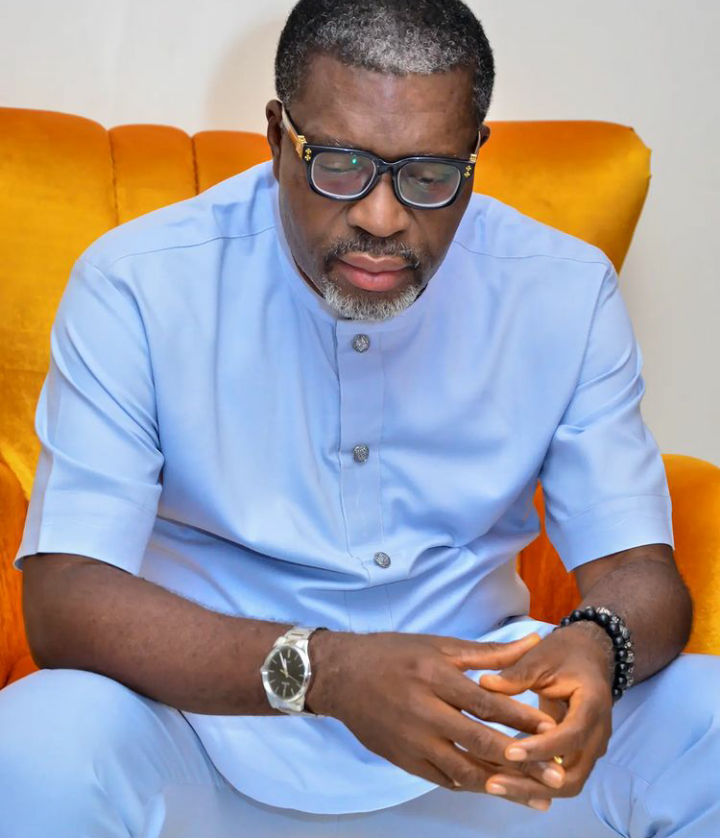 Born on the 1st of March 1952, Kanayo O. Kanayo made his debut appearance in 1992, in the movie named ‘Living in bondage’. The actor has starred in over 100 films since his inception and has received many awards since his growth in the Nollywood industry.  He hails from Mbaise in Imo State. He is divorced with four children, two boys, and two girls. 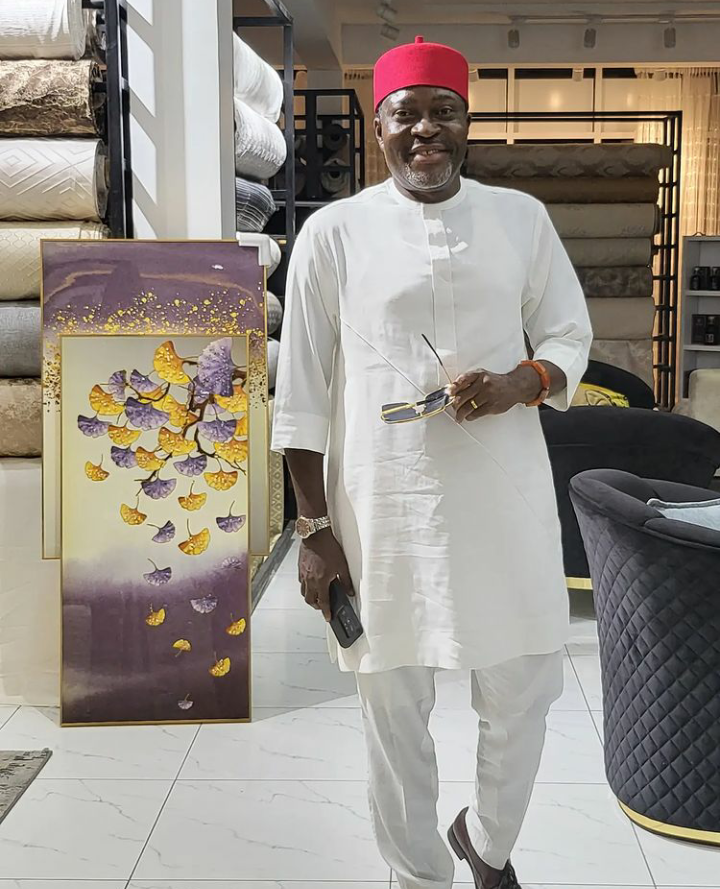 He further pursued his education at the University of Abuja, where he earned a degree in Law in the year 2018 and finished Law School Bwari in Abuja in the year 2020. He is currently one of the richest Nollywood actors with a net worth of $2.5 million.

Zack Orji, real name Zachee Ama Orji, is a popular Nollywood actor, director, and producer. He was born in the Gabonese capital of Libreville. 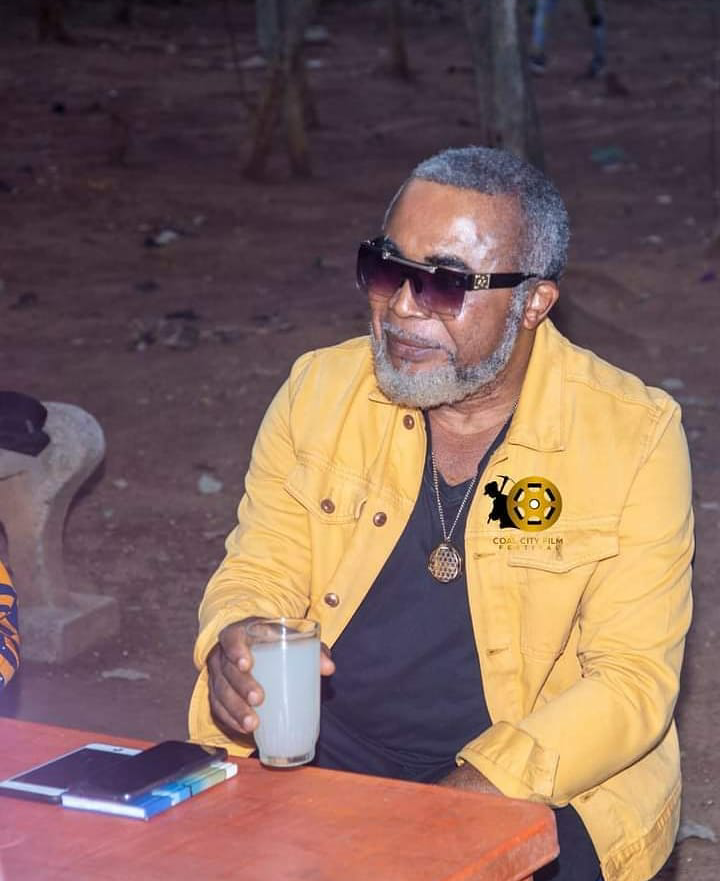 He grew up in three different countries: Cameroon, Benin, and Togo. As a result, he is fluent in both English and French. Zack is a graduate of the University of Nigeria Nsukka. Zack Orji made his acting debut in 1991 with his appearance in the film ‘Unforgiven Sin’. He’s married with 3 kids. Zack’s net worth is believed to be $3 million. He’s currently one of the richest Nollywood actors in Nigeria.

Sam Dedetokun is also known as Sam Dede is not only an actor and director but also a politician and lecturer. He was born in Nigeria’s River State. 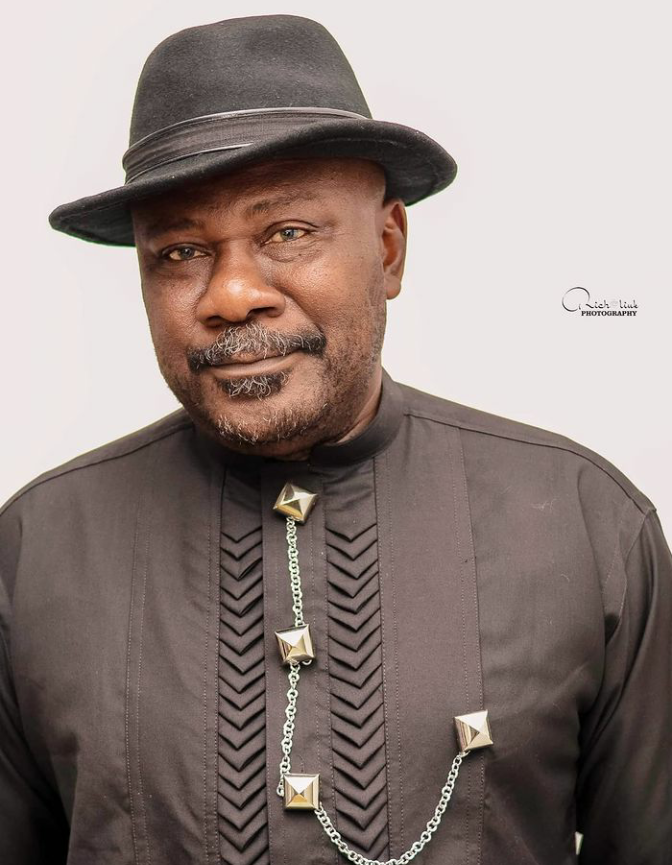 Sam Dede has acted in several films, playing a variety of characters. He has acted in over 350 films since his acting career. He is nicknamed ‘Ebube’ after his leading role in the movie ‘Issakaba’. He is a professor at the University of Port Harcourt in Nigeria where he graduated from. His net worth is $3 million. 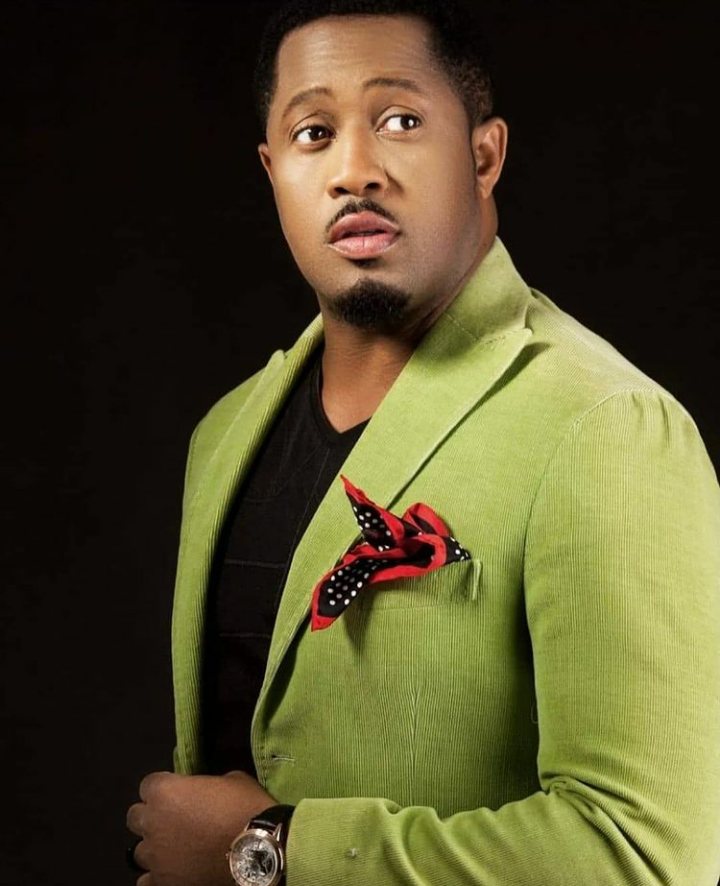 Mike Ezuruonye‘s outstanding talent has been recognized in the Nollywood business. He was born in Lagos State, Nigeria, on September 20, 1982. He graduated from Nnamdi Azikiwe University where he earned a Bachelor’s in Accounting. He became a banker before becoming an actor. He has acted in numerous films and is well-known for his role, particularly when he is enraged. He is married with 1 kid. His estimated net worth is $3.5 million. 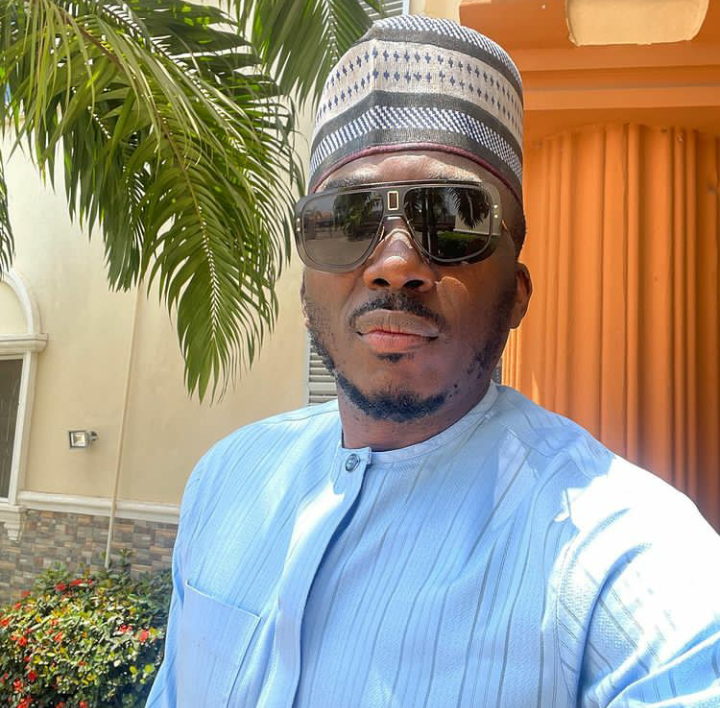 Abovi Ugboma popularly known as Bovi is one of Nigeria’s top comedians and actors in the Nollywood industry. In 2016, he made his acting debut in the film ‘It’s Her Day’. He authored and starred in the comedy film ‘My Village People’, which was released in 2021. He has a self-titled YouTube channel with over 290k subscribers. He graduated from Delta State University where he earned a Bachelor’s in Theater Art. His current net worth is estimated to be $3.5 million.

READ ALSO:   What you need to know about Femi Adebayo: background, career, films, wife and children, net worth

Osita Iheme is a well-known personality in the Nigerian film business, and he is regarded as one of the best and highest-paid performers in the country. He is from Imo State, Nigeria, and rose to prominence after appearing in the popular film ‘Aki Na Ukwa’. 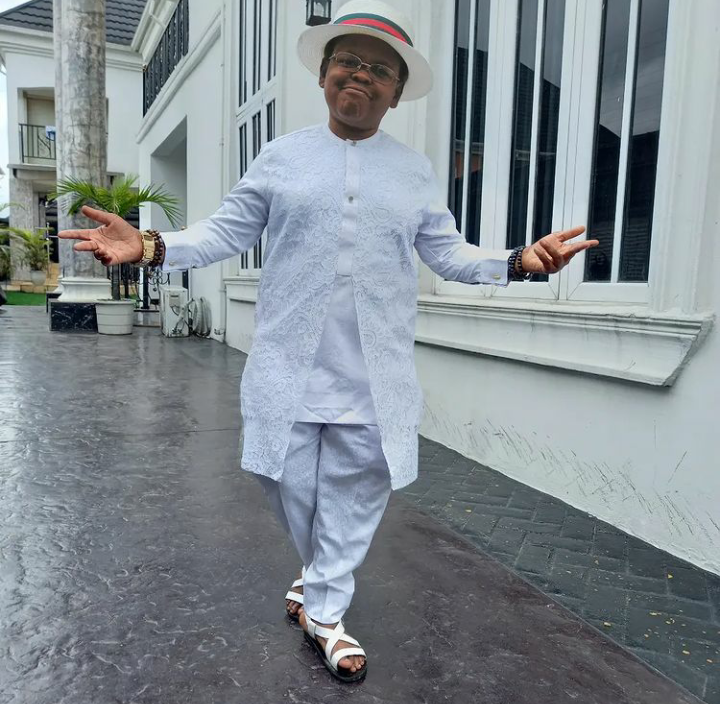 In the film, he co-starred with Chinedu Ikedieze. Osita Iheme has appeared in numerous films. He is the founder and proprietor of Inspired Movement Africa, an inspiring and motivational company, in addition to his acting career. He is reported to be worth $3.5 million. He’s one of the richest Nollywood actors in Nigeria. 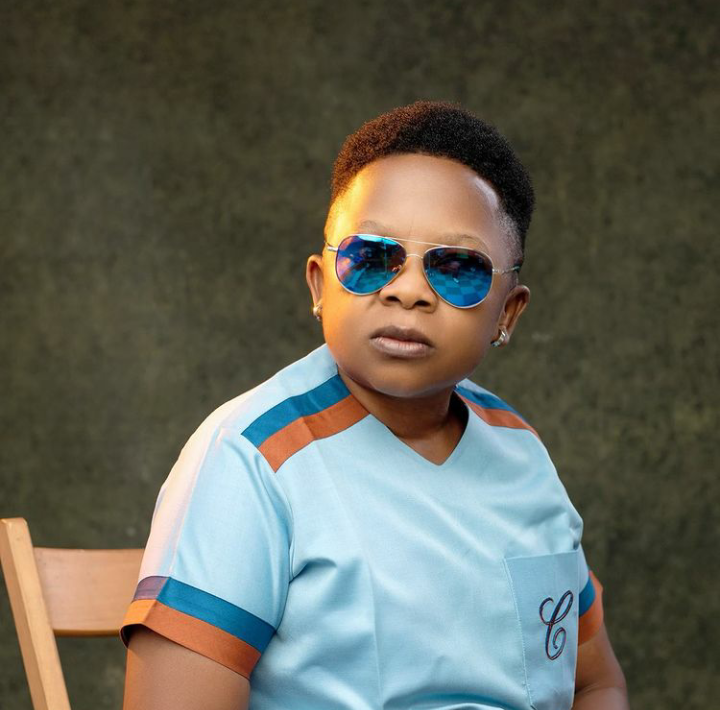 Chinedu Ikedieze was born in Bende, Abia State, Nigeria on December 12, 1985. Chinedu Ikedieze, like Osita Iheme, got his big break in the film ‘Aki Na Ukwa’. He has appeared in other films with Osita since his performance in the film. The team never fails to astound the crowd. He is the well-known GLO Ambassador, and his net worth is $3.6 million making him one of the richest Nollywood actors in Nigeria.

O.C. Ukeje went on to feature in many award-winning films after winning the Amstel Malta Box Office (AMBO) reality show, including Two Brides and a Baby, Hood-rush, Alan Poza, Confusion Na Wa, and Half of a Yellow Sun. 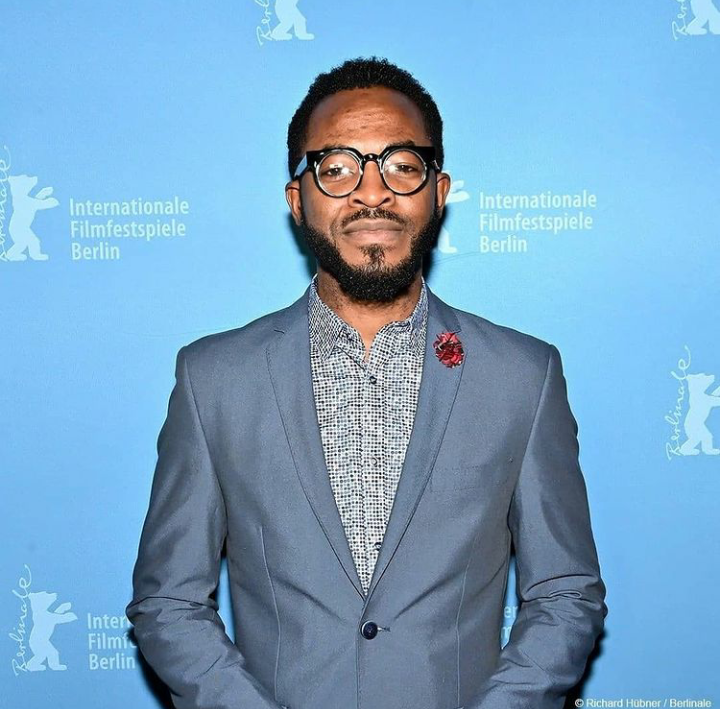 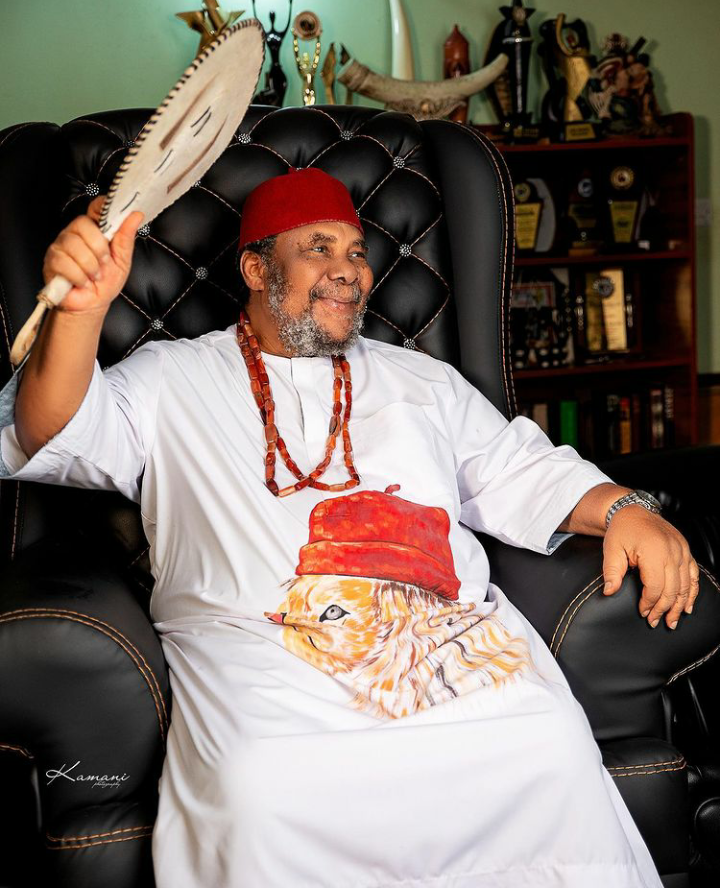 Pete Edochie is widely considered one of Africa’s most outstanding performers, having received numerous honors. He was born in Enugu, Nigeria, on March 7, 1947. He made his film debut in the film ‘Things Fall Apart’. Pete Edochie worked for the Nigerian Railway Corporation before making his film debut. He has a net worth of $4 million.

Nkem Owoh is well-known for his humorous performances. However, he got his big break and rose to fame with the film ‘Osuofia in London’. Nkem Owoh was born in Enugu State, Nigeria, on February 7, 1958. He began acting while still a student at the University of Ilorin, where he earned a Bachelor’s Degree in Electrical and Electronic Engineering. 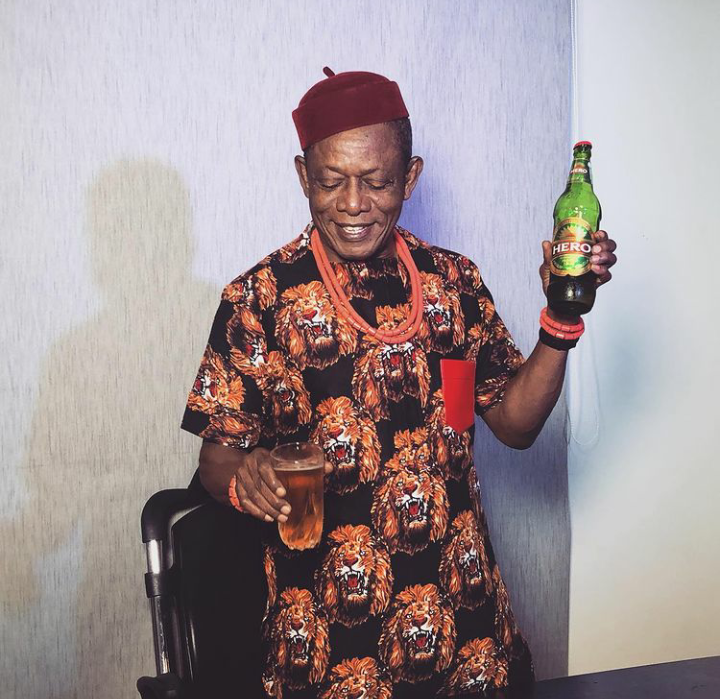 The net worth of Nkem Owoh is reported to be $4 million. 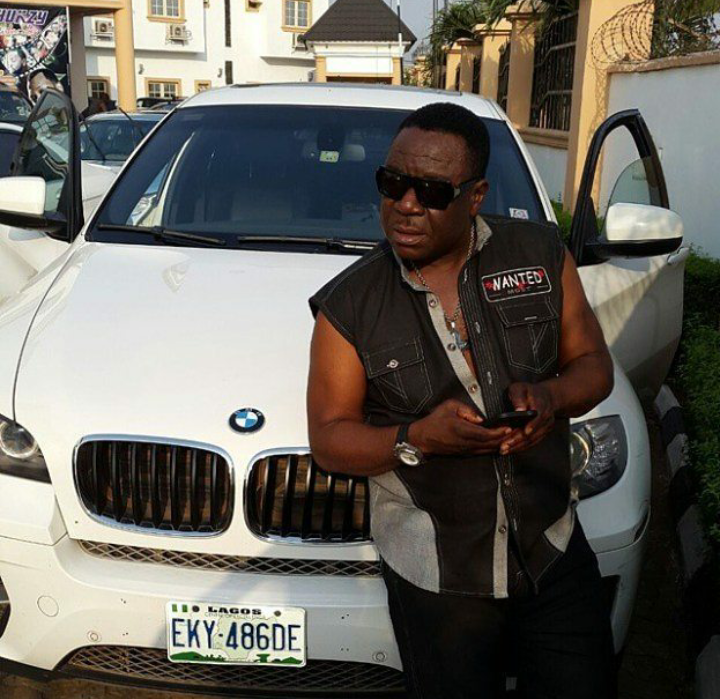 John Okafor is the most amusing performer in Nollywood. Following his participation in the comedy picture ‘Mr. Ibu’, he rose to prominence and became well-liked by many. He has appeared in over 200 films, most of which feature him being foolish and interfering with reality. His estimated net worth is $4.2 million. 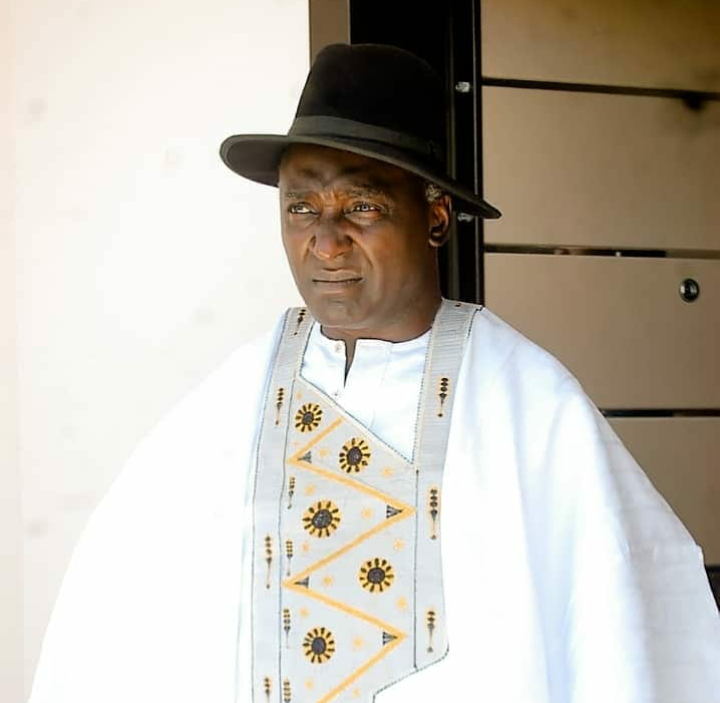 Clem Ohameze was born in Port Harcourt, Nigeria, on June 27, 1965. In 1995, he entered the Nollywood film industry. He got his big break three years later when he was cast in the film ‘End Time’. He then appeared in several films. Chimwe Esther Ohameze is his wife. The net worth of Clem Ohameze is reported to be $4.5 million. 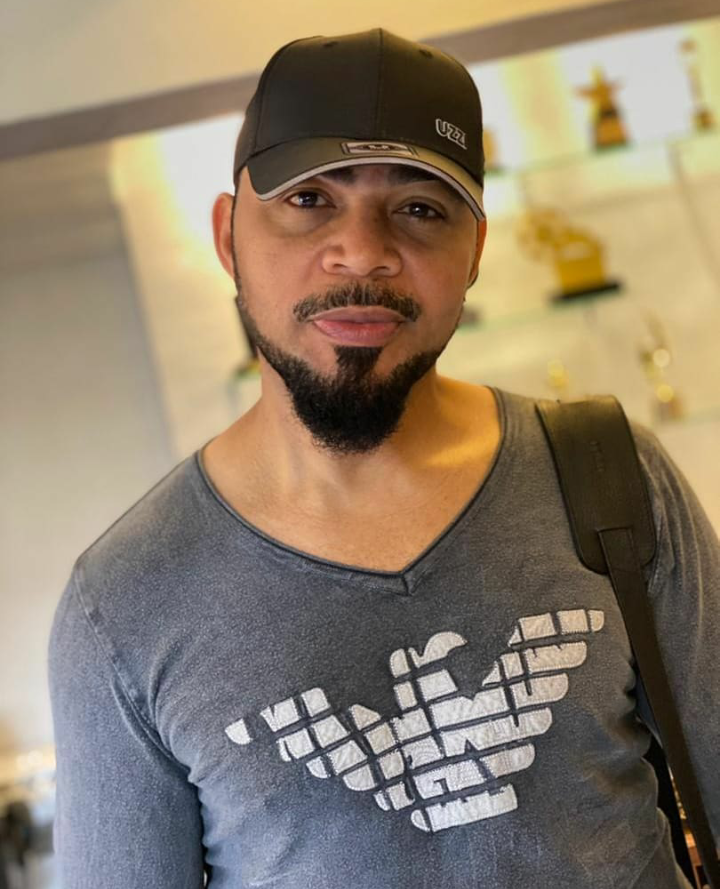 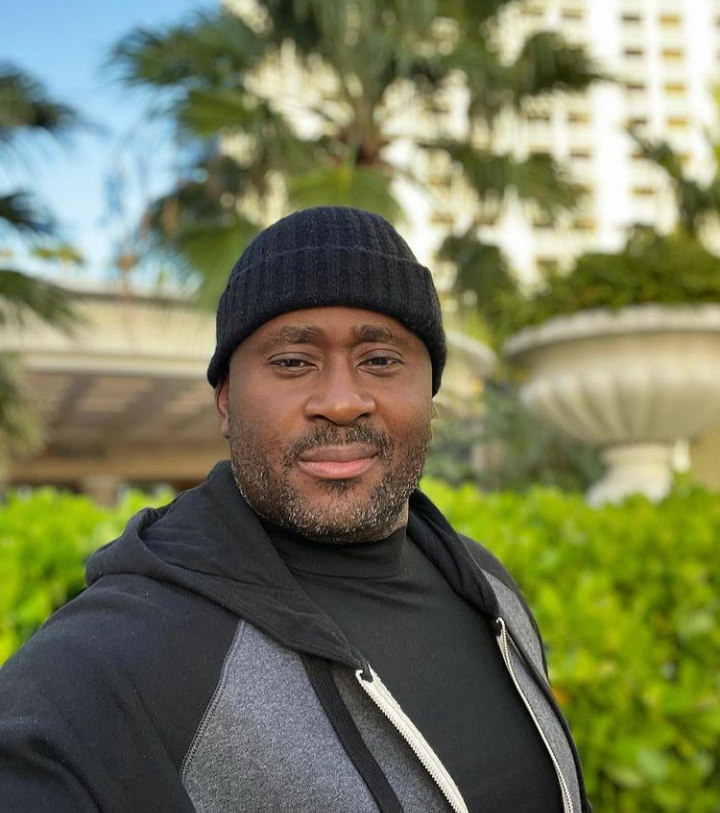 Desmond Elliot is a well-known actor, director, and producer of films. He has appeared in films, television series, and soap operas, among other things. He entered politics not long ago, yet he continues to appear in films and other things. His net worth is $5 million, according to Celebrity Net Worth. 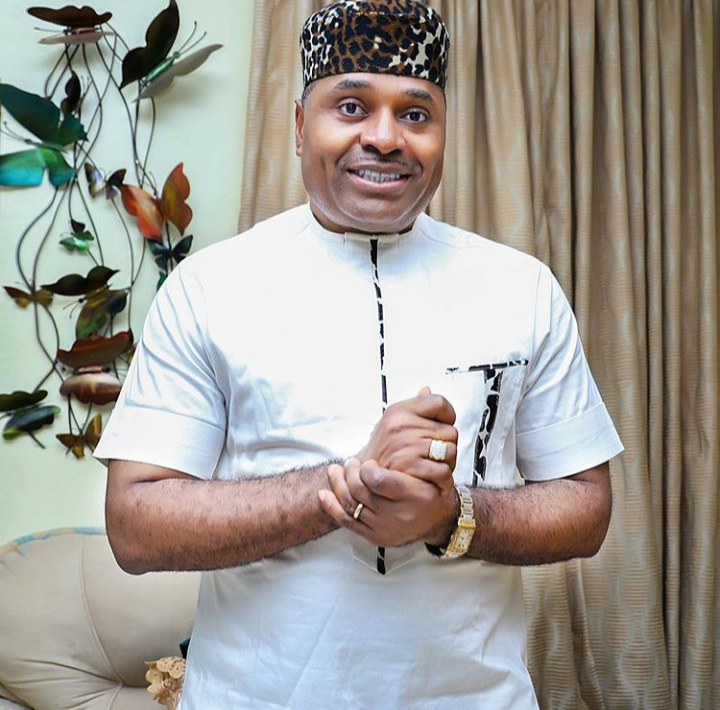 Kenneth Okonkwo is an accomplished veteran actor. He was born in Nsukka, Enugu State, Nigeria, on November 6, 1968. He is most recognized for his portrayal of Andy Okeke in the Nollywood film ‘Living in Bondage’.

He has a $5 million net worth. He is one of the top ten richest Nollywood male actors. 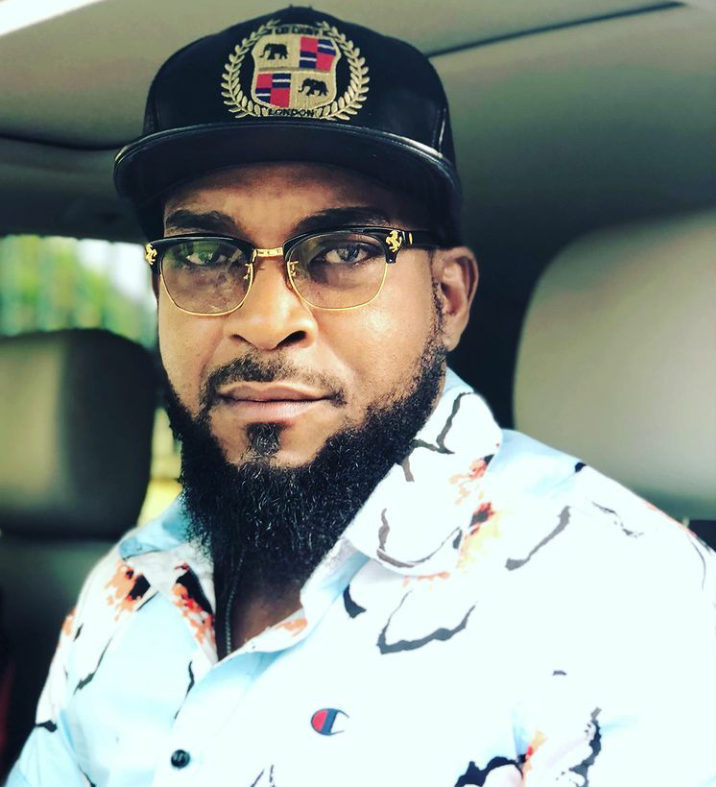 Chidi Mokeme is a well-known actor and the host of a TV reality show. He was the host of the reality show Gulder Ultimate Search. Chidi Mokeme receives money via event management, TV hosting, and brand endorsements in addition to his acting profession. With a net worth of $7 million, he is one of Nollywood wealthiest actors. 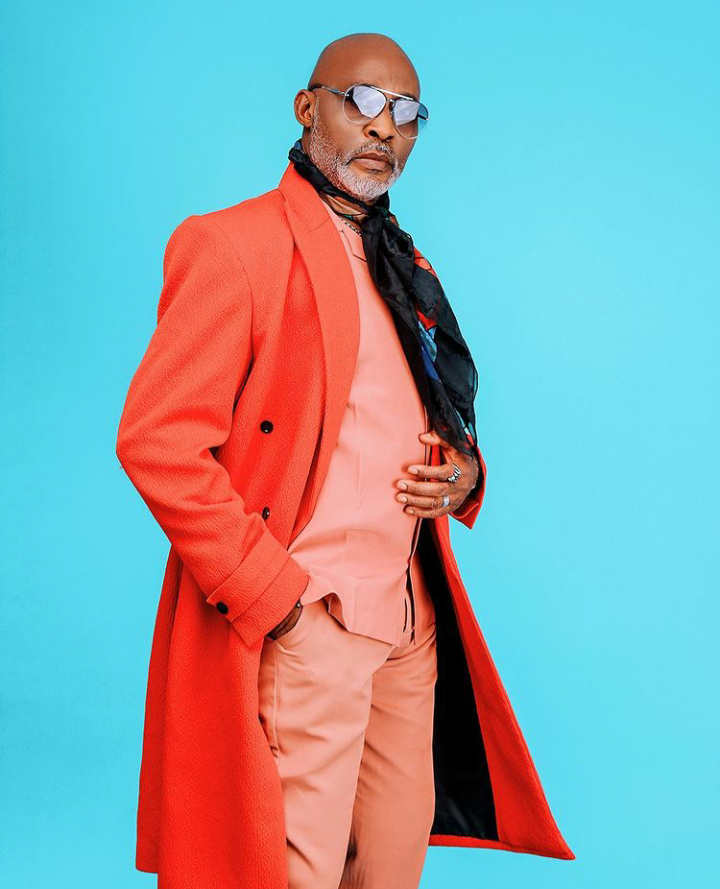 RMD is the abbreviation for Richard Mofe Damijo. He has a long history in the film industry. Richard is a dedicated worker who has gotten praise and recognition for his efforts. In addition, he entered politics, and the Delta State Governor named him as commissioner of culture and tourism. He has a $7 million net worth. 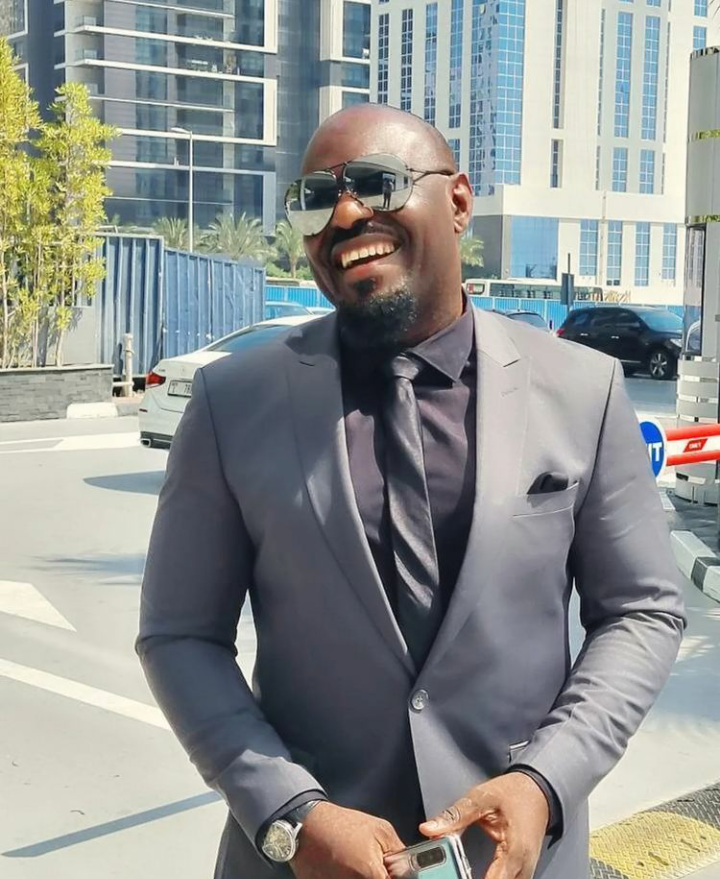 Who is Nigeria’s richest Nollywood actor? Jim Iyke is the highest-paid Nollywood actor. On September 25, 1971, he was born James Ikechukwu Esomugha. In a family of eight children, he is the only male. He has progressed to become one of the best actors, winning numerous honors. Aside from his profits as an actor, he has made a lot of money as a producer and in other enterprises. Jim Iyke made his feature film debut with the film Last Flight to Abuja. With a net worth of $30 million, he is regarded as one of Nollywood wealthiest actors. 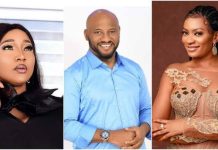 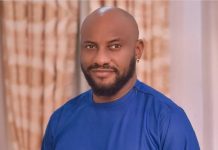 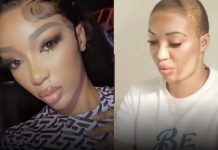