supporters of the All Progressive Congress they are currently gathering at the Teslim Balogun Stadium (TBS) in Lagos for the party’s gubernatorial and presidential rally.

APC’s Bola Tinubu is seeking to be elected president, while Governor Babajide Sanwo-Olu is seeking re-election in the 2023 general election.

Before the demonstration, the state government announced the diversion of traffic in the area.

See images of the event.

Let here it in the comment below if you do have an opinion on this; Supporters march ahead of APC rally in Lagos 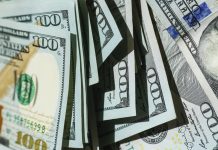