French authorities removed a temporary installation of the European Union flag from the Arc de Triomphe monument in Paris on Sunday after right-wing opponents of President Emmanuel Macron accused him of “erasing” the French identity.

The giant blue flag was raised in place of a French flag on New Year’s Eve to mark France’s turn in the rotating presidency of the EU Council, which it will hold for the next six months.

The arch, a memorial to the war dead, and other iconic landmarks such as the Eiffel Tower and the Pantheon will also be illuminated in blue lights for the rest of this week.

But Macron’s right-wing rivals for the presidential election four months away took advantage of the removal of the tricolor, calling it an affront to the heritage of France and its veterans.

“To preside over Europe, yes, erase the French identity, no!” tweeted Valerie Pecresse, the conservative candidate who according to polls could be Macron’s main rival in the next vote.

She urged him to restore the French flag, saying, “We owe it to our soldiers who shed their blood for it.”

Far-right candidate Marine Le Pen, who had promised to file a complaint with the Council of State, France’s highest court for administrative matters, also denounced the move, while Eric Zemmour, a far-right media expert who also running against Macron, he called it “an insult.”

Le Pen on Sunday called the nightly removal of the EU flag “a great patriotic victory” and claimed on Twitter that a “massive mobilization” had forced Macron to back down.

But a French presidential official said the flag’s removal before dawn was “in line with the planned schedule,” insisting that, unlike the blue lights for monuments, it was only supposed to be at the Arch during two days.

“We accept Europe, but that does not take anything away from our French identity,” Beaune told France Inter radio.

He said the decision to remove the flag overnight was made by officials from the agency in charge of national monuments.

The presidential official, who asked not to be named, could not say when the huge French flag would fly under the Arch again, but noted that it was not a permanent feature of the monument.

What do you think about this; France removes EU flag from Arc de Triomphe after right-wing uproar – World – Newslodge Nigeria News – Nigeria and World News 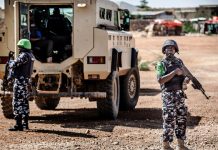 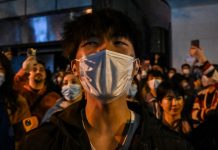 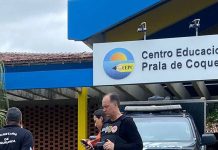