He said this is an indication that Nigeria will meet the United Nations target of ending HIV/AIDS by 2030.

He said the global theme for WAD 2022 is “Equalize” and the national theme is “Equalize to End AIDS: Equal Access to Treatment and Prevention Services.”

WAD is commemorated on December 1 of each year to raise awareness of the HIV/AIDS epidemic and to mourn those who have died from the disease.

He said that as of the end of September, 1,619,133 people are on treatment in the country, which he noted represents a significant jump compared to the 838,020 people who were on HIV treatment in 2017.

At the conference, UNAIDS Country Director Leo Zekeng called for equitable access to HIV treatment services, as well as addressing other barriers to ending the HIV/AIDS epidemic.

Mr. Zekeng said that while many people are already on treatment, much remains to be done to ensure that those left behind have equal access to treatment services.

READ ALSO:   TMG condemns the nomination of party leaders as REC of the INEC

He called for the reform of policies that restrict the access of people living with HIV and key populations to treatment services.

“Balance will mean doing everything possible to review the country’s dependence on external resources to finance programs,” he said.

In his remarks, Health Minister Osagie Ehanire said the country has made remarkable achievements in its fight against the HIV epidemic.

Represented by the National Coordinator, National AIDS and STD Control Program (NASCP), Akudo Ikpeazu, said that 90 percent of people who are HIV positive know their status.

However, he called for collaborative efforts to address inequalities in access to treatment and other services.

“We still have an unacceptable number of children under 15 living with HIV who are difficult to find and place on treatment,” he said.

The minister said that the country must remove all structural barriers that are affecting the provision of services.

Let here it in the comment below if you do have an opinion on this; Nigeria records drop in new infections — Official 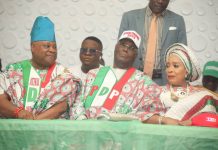 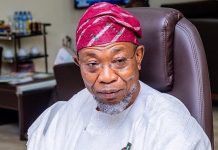 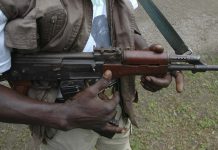