Everything about Nicole Young, Dr. Dre’s wife: Nicole Young is the wife of the American hip-hop artist Dr. Dre, but they are no longer together. She is a stunning young lady with good looks that command attention. Since she filed for divorce from her wealthy husband a year ago, she is currently attempting to obtain spousal support from him. 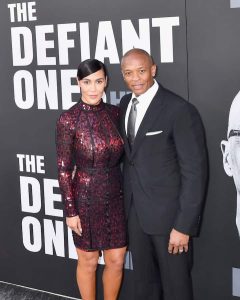 Since the beginning of this year, the divorce proceedings between Nicole and Dre have been rocky. According to reports, her husband was caught off guard by the news of their separation. In addition to this, she claims that Dr. Dre was an abusive partner throughout their entire 24 years of marriage. She is resolute in her pursuit of a portion of the wealth accumulated by the music producer. Permit me to delve into the story of her life here.

Nicole, whose birth year is 1970 and full name is Nicole Kendra Plotzker, came into the world on that year. There is not a lot of information available about her childhood. Because both of Nicole Young’s parents are of white and African-American descent, she is considered to be of a mixed race.

Although she prefers to keep a low profile, recent reports about her divorce indicate that there is a great deal of information available about her. She wed NBA player Sedale Threatt in 1992, and they had one child together. As soon as she found love in the arms of Dr. Dre, who promised to take care of her, it was clear that this marriage was not destined to last. She did not think twice about divorcing her husband Sedale in order to be with the up-and-coming music producer whose work was way above the charts.

The legal profession was one that Dr. Dre’s wife pursued after completing her legal education. However, there is no proof that she has ever worked as a lawyer because her name is not listed on the State Bar of California, which is the state where she is said to have worked as a lawyer. After marrying the music producer in 1996, Dr. Dre’s wife was thrust into the public eye and became a household name. It would appear that Nicole has given up her legal career in order to focus entirely on her role as a housewife.

In 1995, Dr. Dre’s wife divorced her first husband, Sedale Threatt, because they were unable to resolve their differences. In 1996, she wed the music producer who was churning out hip-hop records that were earning him a lot of money. During that time, she was earning a lot of money herself. The couple welcomed two children, a daughter named Truice Young in 1997 and a son named Truly Young in 2001.

She took five of her husband’s biological children from his previous relationships under her wing and raised them as her own. These children are Marcel, La Tanya, Curtis, and Tyra Young. Andre Young, who passed away in 2008 due to drug use, is also included in this group. Since Dr. Dre’s wife took on the role of stepmother, she and the children have enjoyed a warm and affectionate relationship.

Nicole has leveled allegations against her ex-husband, claiming that he threatened her with a gun and assaulted her by punching her in the face. This happened while the hip-hop legend was recovering from a brain hemorrhage in the intensive care unit in January 2021. His wife leveled allegations of physical and mental abuse against him. The couple stated that they were filing for divorce in June of 2020, citing the inability to reconcile their differences. A glimmer of hope has appeared for Nicole in the midst of their expensive divorce as a result of recent events. 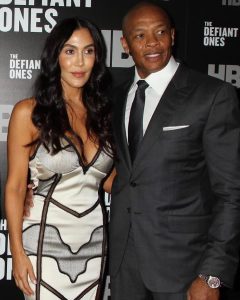 This comes after the judge dismissed Dre’s legal team, which included Howard King and Laura Wasser. King worked with Laura prior to serving as the family attorney for Dre and Young, and he is currently representing her. Despite the fact that both of them are exceptional at what they do, they cannot in any way stand in for Dre. Dre, on the other hand, has refuted the allegations of abuse that have been made against him and insisted that they are tactics to coerce him into paying money.

Dr. Dre’s former wife, Nicole Young, is a rapper and music producer. Dre and Young have a child together. She has been married to the man she recently separated from for 24 years, but it seems as though their time together is coming to a close as a couple. The outcome of their union is eagerly anticipated by everyone around the world.