Ways to overcome political apathy in Nigeria: Political apathy is a position held by a person or social group that is characterized by this trait, which at times might be deemed to be aberrant conduct. There may be a variety of explanations for this occurrence, including a widespread mistrust of politicians and a widespread assumption that election results can be manipulated. Apathy toward politics is also pervasive throughout Nigeria, which has a lot of unfavorable repercussions as a result. Read on for some strategies that can be used to combat political apathy. Political apathy, also known as absenteeism, is the phenomenon that occurs when citizens choose not to participate in elections. Political apathy can also refer to, more generally, political behavior that is characterized by inaction. In nations in which the general populace believes that they have little or no influence, this phenomena occurs quite frequently. They are under the impression that they have no say in the governance of their nation. It is not the case that Nigeria is an exception. The disinterest in politics that exists in Nigeria can be seen in a variety of forms. On the one hand, it is comprehensible why individuals would hold such a position because they have been let down by politics on multiple occasions. In addition, this is not only a problem in Nigeria; it is a problem all over the world. 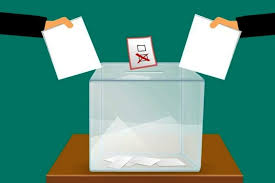 We are of the opinion that it is accurate to argue that this political apathy has more detrimental effects than beneficial results for Nigeria. The economy, the government, and society in general will all suffer as a result of this. This phenomenon is the reason for bad government; the emergence of irresponsible politicians who will declare themselves the leaders; it also may be the reason for insufficient communication between citizens and the government; denial of political education and information and so on and so forth. For these and other reasons, we should search for ways to combat political apathy.

Many political observers believe that apathy about politics is a contributing factor to political problems including corruption and other unethical behaviors on the part of politicians. In any event, Nigeria will get nowhere by maintaining such a position.

How can we combat the disinterest shown by our population and alter the prevailing sentiment in society? Is there any chance that it could work? The political analysts are certain that this is not outside the realm of possibility. There are five primary approaches that might be taken to combat this phenomenon: It is easy to see why voting should have been made mandatory in earlier times. As of today, certain nations have made it obligatory for all individuals who have achieved the age of majority. Young people, individuals living in poverty, and members of minority groups in Nigeria suffer from political indifference. However, persons who fall under these groups should definitely participate in political activity. The level of participation in the political life of our country has a direct bearing on the living standards of its citizens. 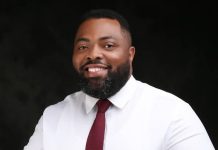 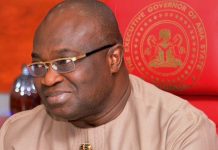 Why Ikpeazu ordered the eviction of APGA from the secretariat 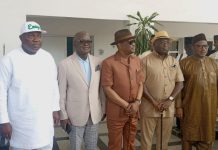 I share your pain, Bauchi governor tells Wike, Ortom, others