Omotola Jalade Ekeinde MFR is a Nigerian actress, singer, philanthropist and former model. Since her Nollywood film debut in 1995; The lead actress has appeared in 300 movies, selling millions of video copies.

Genevieve Nnaji is a Nigerian actress, producer and director. She won the African Film Academy Award for Best Actress in a Leading Role in 2005, making her the first actor to win the award. In 2011, she was honored as a member of the Order of the Federal Republic by the Nigerian government for her contribution to Nollywood.

The success stories of both actresses are featured in the new books alongside other high-profile people and lessons from Azuh Arinze’s journalistic career.

Azuh Arinze announced the launch of her literary works entitled, Success is not served à la carte and encounters: lessons from my journalistic career, at an exclusive virtual media event on Monday, June 29, 2020. 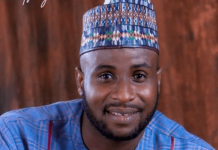